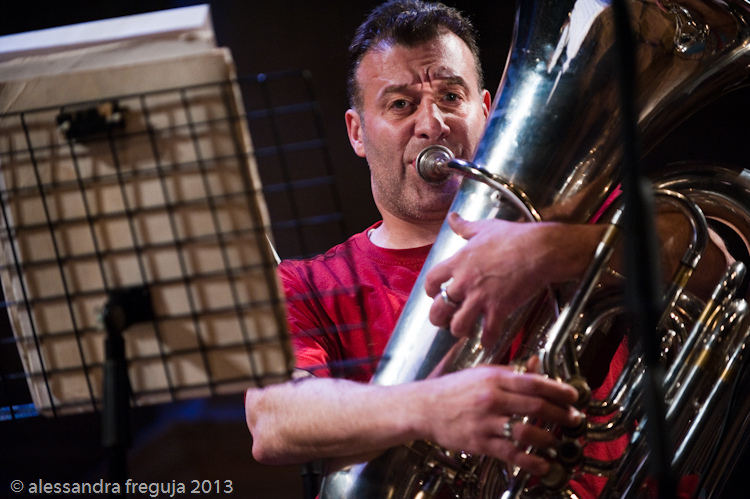 Tuba player and trombonist Jose Davila is a versatile New York-based musician whose work spans across a broad spectrum of musical genres; everything from traditional to cutting-edge jazz, to salsa and classical music. He is currently a member of Henry Threadgill’s Zooid and bands led by guitarist Liberty Ellman and alto saxophonist Steve Lehman. His work with both Threadgill and Ellman extends the tuba from its traditional role as part of the rhythm section to a front-line solo voice. His playing can also be heard on the Grammy-nominated salsa recording Un Gran Dia en el Barrio from the Spanish Harlem Orchestra and Remembranzas and Siguendo la Tradicion from Soneros del Barrio.

A native of Puerto Rico who was raised on the East Coast, Jose received his formal musical training from the University of Connecticut and Mannes College of Music.