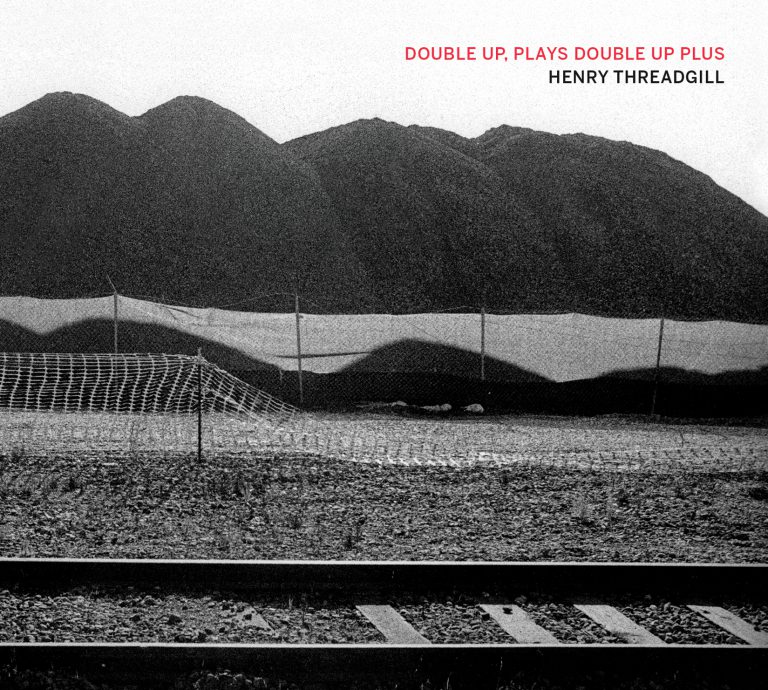 Pi Recordingsis proud to announce the much-anticipated release of two new recordings from Henry Threadgill: Dirt… And More Dirt, featuring his new group 14 or 15 Kestra: Agg; and Double Up, Plays Double Up Plus, with his ensemble Double Up. The winner of the 2016 Pulitzer Prize for his work In for a Penny, In for a Pound, Threadgill is widely considered to be among the most important artists in contemporary music. The New York Times called him a “composer and bandleader of intense, unyielding originality, nobody’s idea of a compromise.” An early member of the Association for the Advancement of Creative Musicians (AACM), he continues to adhere to that organization’s tenet for finding one’s individual path through original music. WithDirt… and Double Up Plus, he builds on all of his prior work to create two magisterial works of great power and beauty. Together, they represent the crowning achievements in Threadgill’s still-flourishing half-century long career.

Double Up, Plays Double Up Plus features Ensemble Double Up, who first appeared on Old Locks and Irregular Verbs, which was voted the best jazz album of 2016 in both the NPR and Jazz Times Critics Polls. The New York Times declared that release “just as easy topicture in Pulitzer contention” and NPR called it “a masterpiece.” On board are holdovers Davila (tuba), Hoffman (cello), Filiu (alto saxophone, alto flute), Macdonald (alto saxophone), Weinrib (drums, percussion), but this time featuring the remarkable three-concert grand pianos of David Virelles, David Bryant and Luis Perdomo. The interaction between the three pianists lie at the heart of this piece, performing an intricate contrapuntal dance of varying attack, register, and density.

Much has been written about the unique, interval-based system of composition and improvisation that Threadgill has been advancing for the last decade and a half with Zooid. While that unmistakably remains a substantial element of the new works, Threadgill has loosened up on the rigors of that system to allow the musicians to play with greater intuition, resulting in music that feels more instinctive and flowing. Alive with the multi-layered counterpoint, and odd-angled swing that are Threadgill’s hallmarks,Dirtand Double Up Plusare rich with intricate detail and grand gestures. The varied instrumentation helps give a greater harmonic sense and greater timbral variety. Despite the compositional sophistication, for Virelles, “it always feels like the blues, funky and soulful.” All of the musicians give completely to this music, fully internalizing Threadgill’s unique syntax while dealing with all of its convolutions. In turn, everyone is given the space to express their own musical personalities. Completing the virtuous circle, Threadgill, playing alto saxophone at the end of Dirt,lets loose a spine-tingling solo, full of perfectly-aimed shots to the moon.

At the age of 74, Threadgill shows no sign of letting up. “Henry has a curiously insatiable thirst to keep expanding on what he’s done before,” observes Liberty Ellman. While David Virelles says “He is obsessive about never staying at the same place. Henry is constantly changing his music, often at the last minute. It’s like he doesn’t want anyone to get too comfortable so that their approach is always fresh.” Jose Davila, who has played with Threadgill since 1995 when he played on the last Very Very Circus tour, continues to be awed: “Nobody deals with form like Henry, but his genius is also his ability to lead you out onto the precipice where anything can happen. For him, that is always the most interesting place.”