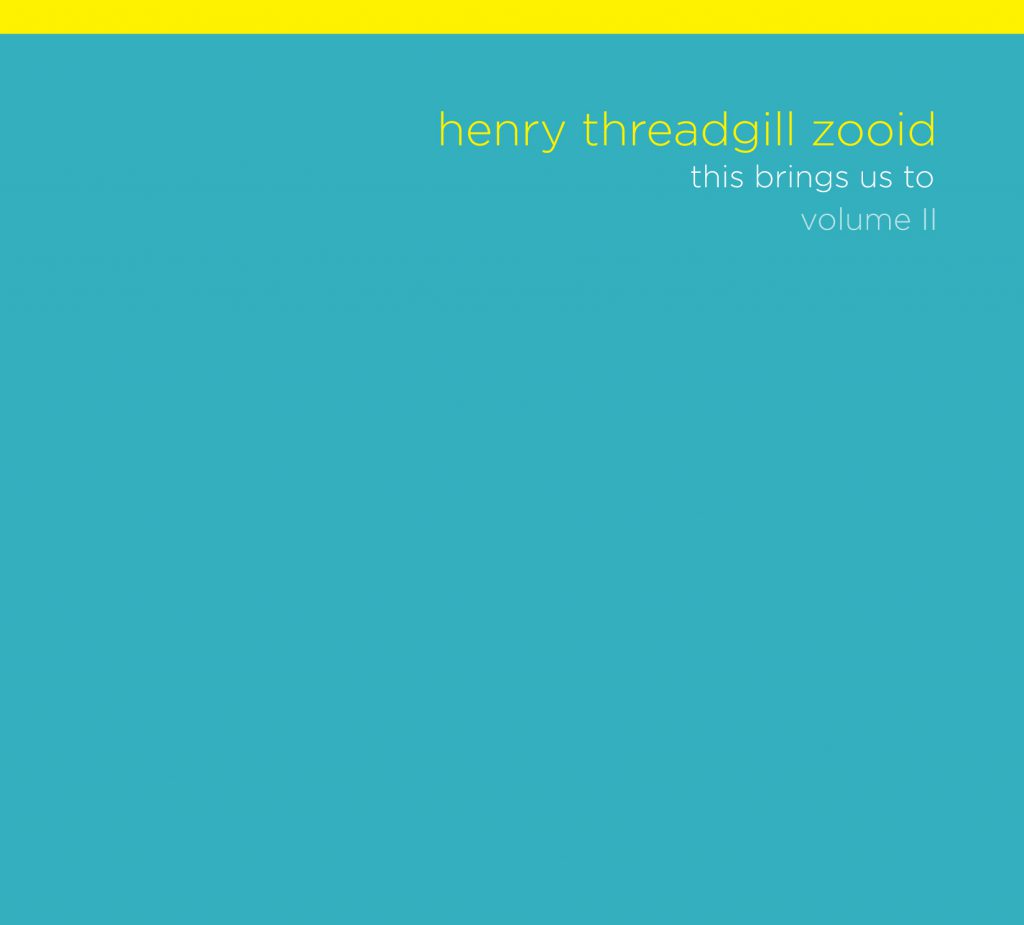 “The jazz world is coming to realize that he’s a true idiosyncratic great…. [This Brings Us To] staggers and lurches and creates dissonances, and it still brings the mad-scientist funk.” -NPR

“Now comes Vol. II, and the results are just as bewitching, if tough to pin down. Resisting familiar chord changes, scales and overt structure, the album wont be the easiest of listens for some, but somehow it never sounds the same way twice. As its mysteries unfurl, This Brings Us To ultimately remains rewarding simply by being so much fun to follow.” -Los Angeles Times

“Mr. Threadgill has long been one of the most thrillingly elusive composers in and around the jazz idiom: a sly maestro of unconventional timbres, bristling counterpoint and tough but slippery rhythms.” -New York Times

“Threadgill plays flute with a mellow airiness and alto sax with something of a cross between Ornette Coleman’s wailing intonation and Sonny Rollins’s bluesy phrasing. This Brings Us To Volume II is his best recordings in over a decade.” -Stereophile

“I don’t know anyone whose bands ooze through time the way his do. Even when you hear where he’s coming from, he still comes at you sideways.” -NPR Music

Pi Recordings is excited to announce the release of the highly anticipated Volume II to 2009’s This Brings Us To, from alto saxophonist and composer Henry Threadgill with his band Zooid. Volume I received across-the-board accolades as one of the best releases of 2009, coming in at #4 in the Down Beat Critics Poll, #4 in the Jazz Times Poll, and #2 in the Village Voice Jazz Poll.

Threadgill is one of the most highly respected composers and conceptualists in music today having been the recipient of a Guggenheim Fellowship in 2003 and a United States Artist Fellowship in 2008. He was an early member of the influential Association for the Advancement of Creative Musicians (AACM) and has been a popular bandleader for almost 40 years. At the age of 66, when most musicians have long settled into a comfort zone playing music that caters to expectations, Threadgill, without any consistent institutional support, continues to challenge himself to create new cutting-edge music that expand the possibilities of interaction between composition and improvisation.

The two volumes of This Brings Us To are the culmination of eight years of working with Threadgill’s band Zooid to perfect a new system of group improvisation. When naming the albums, Threadgill insisted that they be named Volume I and II because he saw them as two parts that make up the whole of where Zooid was at the time of the recording. The recording session captures the band in peak form right after they returned to New York from a long European tour that gave them an extended opportunity to negotiate and really live with this intricate and cutting-edge music. The two volumes also represent the two sets that the band performed live while on tour.

Threadgill’s groundbreaking compositions for Zooid are organized along a series of interval blocks, each of which is assigned to a musician who is free to move around within these intervals, improvising melodies and creating counterpoint to one another. The system provides the framework for open dialogue within the group while encouraging the musicians to seek new ways to improvise, away from a reliance on chord changes, scales or any of the clichés of certain free jazz. To pull it all off, Threadgill demands that his musicians dedicate themselves fully to mastering this new language. The members of Zooid: Threadgill on flute and alto saxophone, Liberty Ellman on acoustic guitar, Jose Davila on trombone and tuba, Stomu Takeishi on acoustic bass guitar, and Elliot Humberto Kavee on drums, have been together for ten years, the longest of any of Threadgill’s many bands. Their commitment results in music that finds its place in that perfect tipping point between thinking and feeling, intellect and intuition. This Brings Us To invites the listener to dissect and understand while reveling in its riches.