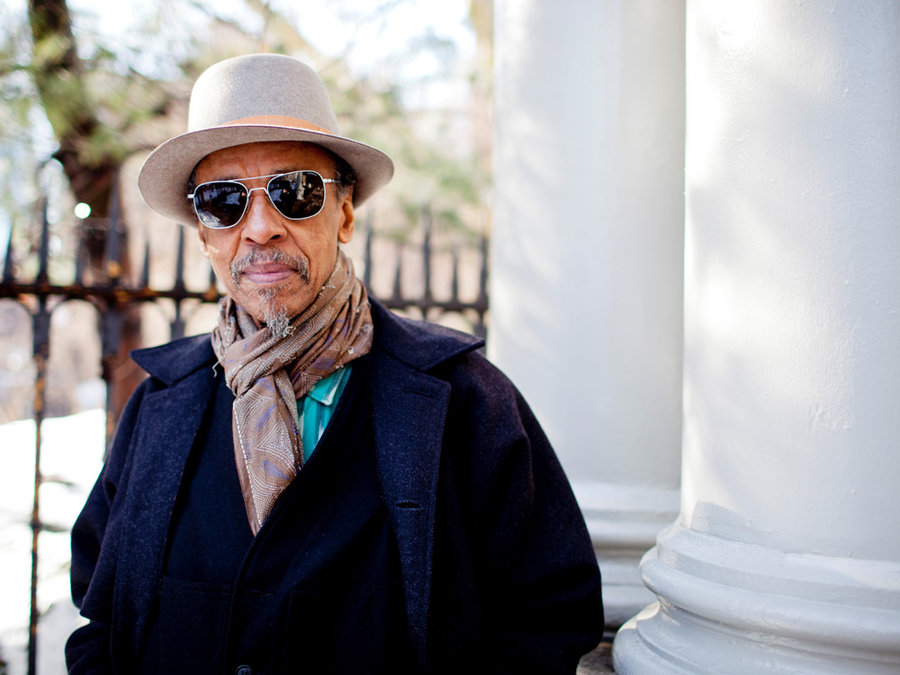 Only three jazz artists have won a Pulitzer Prize. In spring 2016, Henry Threadgill joined Ornette Coleman and Wynton Marsalis as Pulitzer laureates, when he was honored for In For A Penny, In For A Pound (Pi, 2015), the latest album by Zooid, his unconventional quintet (reeds, acoustic guitar, cello, tuba, drums).

“Unconventional” describes not just Henry Threadgill’s music, but his life.

Born in Chicago in 1944, Henry grew up on the South Side, where parade bands and the blues filled the air. He played percussion, then clarinet in the Englewood High School band, but switched to sax at 16. Idolizing Sonny Rollins, John Coltrane, Ornette Coleman, and Lester Young, he adored Fritz Reiner’s Chicago Symphony and avant-classical composers like Luciano Berio. He was 17 when he joined the Muhal Richard Abrams’ Experimental Band, which later expanded into the Association for the Advancement of Creative Musicians (AACM); there he found like-minded musical explorers.

When bebop broke, most swing players thought it was nonsense and claimed boppers couldn’t play “real” jazz. The members of what became the AACM faced a similar reaction. So Henry performed at dances and parades, joined polka and Latin bands, sat in theater pits, and raised the roof in churches. He played the blues at joints like the South Side’s Blue Flame with local heroes like Left Hand Frank. All the while, he kept studying Berio, Stravinsky, and Debussy.

In 1967, he enlisted in the Army as a clarinetist-saxophonist, was upgraded to composer-arranger, and then shipped to Vietnam to join the 4th Infantry Division Band. Injured during the 1968 Tet offensive on his way back from guard duty, he was sent home and honorably discharged with two campaign ribbons.

He returned home for Chicago and reenlisted with what was now the AACM, but in 1970 left for the perennial lure of jazz’s Big Apple, New York City. For the next 40 years, while Henry challenged bedrock ideas about jazz, he settled into New York City, where he lives with his wife. Around the East Village, he’s a familiar face on the streets and in the cafes; old friends like Philip Glass and Allen Ginsburg and total strangers alike engage him in animated conversation. But he regularly decamped for months at a time to Goa to recharge his creativity in a faraway, very different world. That openness to ideas and experiences has always been vital to who Threadgill is and how his music works. As Charlie Parker put it, “If you don’t live it, it won’t come out of your horn.”

It was in the East Village—long a seedy, tumultuous haven for outsiders of all types—that Henry Threadgill launched the unconventional concepts that led to his Pulitzer-winning art. AIR (Artists In Residence), his 1970s trio, reimagined ragtime without the piano—a lot like dropping the electric guitar from rock. His 1980s Sextett, pairing complex compositions and dynamic soloists, combined heft and agility, and birthed the “little big band” sound. In the 1990s, Very Very Circus stepped deeper into unorthodoxy, with two electric guitars, two tubas, a trombone/French horn, drums, Henry’s alto sax and flute, and frequent add-ons. With Make A Move, a fluid lineup mixing French horn, tubas, electric and acoustic guitars, and cello, he began exploring the approaches to composing and improvising that led to Zooid. From 2000 on, Zooid became his primary vehicle.

As a composer and improviser, Henry sees artistic process and product as inseparable, the essence of jazz. Duke Ellington and Charles Mingus strove toward the same goal. Rooted in that history, Henry’s solutions have taken radical new tacks. For Zooid, the Pulitzer committee explained, “A set of three note intervals assigned to each player…serves as the starting point for improvisation.” Zooid’s musicians make in-the-moment decisions about structure, shaping the work-in-process. The unpredictable results are jazz’s “sound of surprise” updated for the 21st century.

After decades of probing music, cult status, and critical acclaim, Threadgill’s Pulitzer Prize caps growing high-culture recognition: 2016 Doris Duke Artist Award; 2015 Doris Duke Impact Award; 2008 United States Artist Fellowship; 2003 Guggenheim Fellowship. He is especially proud of being the first black non-classical musician to get a Copland House Residency Award. In July 2016, the annual Leadership Conference of the Vietnam Veterans of America honored him with their Excellence in the Arts award—a very special moment for the only Vietnam veteran ever awarded a Pulitzer for music.