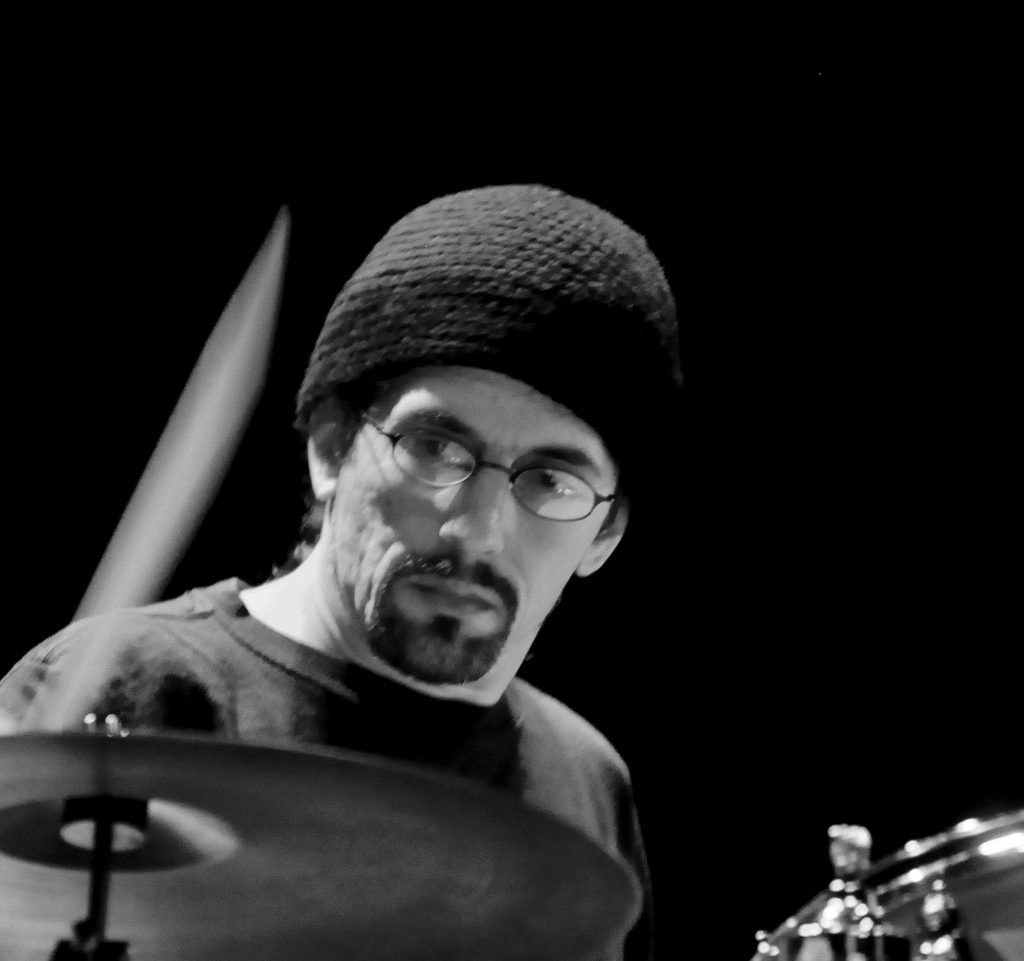 Elliot Humberto Kavee has performed/recorded ground-breaking new music with Omar Sosa, Joseph Jarman, Henry Threadgill, Steve Coleman, Don Cherry, Cecil Taylor, Francis Wong, Ben Goldberg, John Tchicai, Glenn Horiuchi, Elliot Sharp, Tim Berne, Jon Jang, Rudresh Mahanthappa, Vijay Iyer, and his own projects. Before moving to New York, he was the drummer of choice among the San Francisco Bay Area’s most gifted creative musicians, playing on over 40 critically acclaimed recordings. In addition, Kavee was a musician, composer, musical director, actor and writer with the Tony award-winning San Francisco Mime Troupe for seven years — the only musical director in the group’s 40 year history to win a dramalogue award. He was a percussionist, cellist and composer with the Club Foot Orchestra, who performed their score for G.W. Pabst’s Pandora’s Box at Lincoln Center. His collaboration with Asian-American Jazz pioneer Francis Wong has yielded 20 recordings and countless performances. As a founding member of the trail-blazing Omar Sosa Sextet, Kavee recorded four CD’s and has toured the world. For his debut recording as a solo performer (on Eliasound records), “not only did Kavee make his skin and metallic percussion instruments sing by effecting a polytimbral/polyrhythmic approach, he further mixed up the program by doubling on cello. (Yes: drums and strings, one player, at the same time.”)