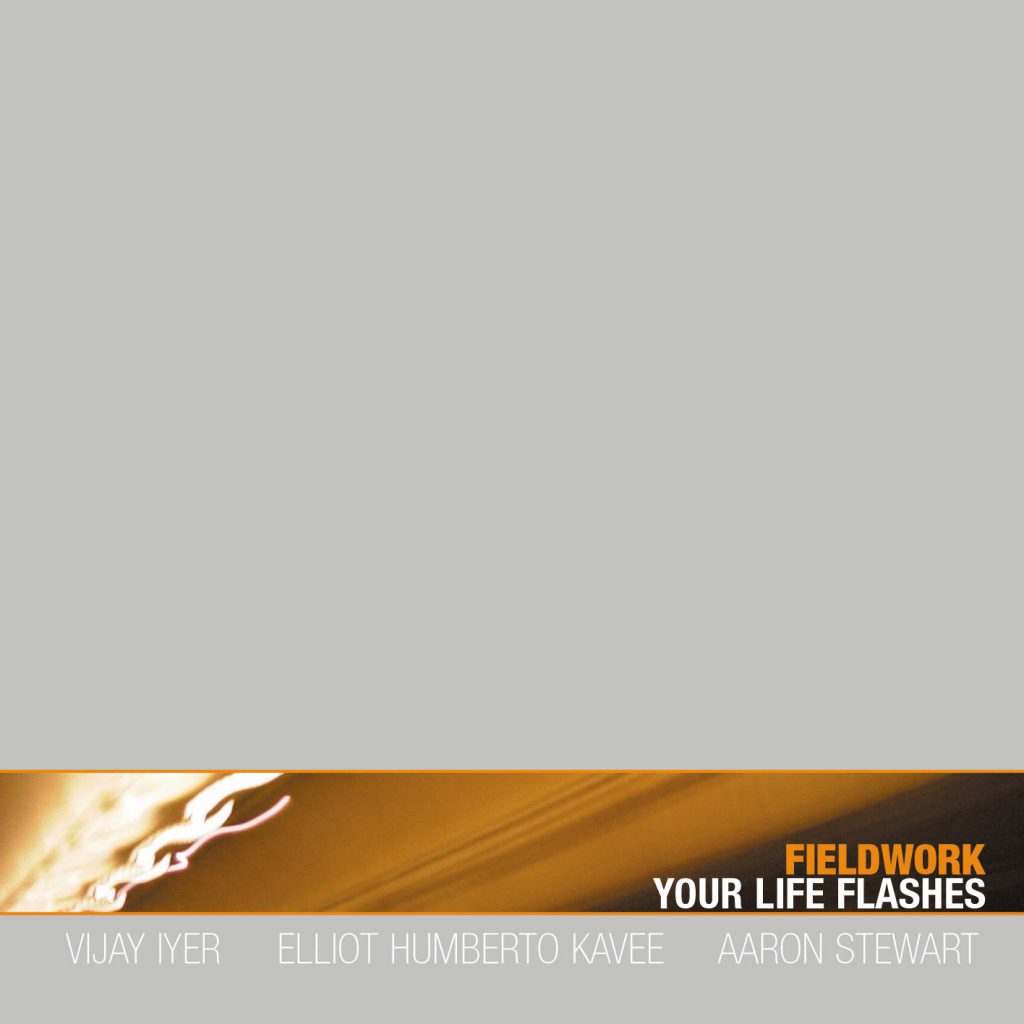 “A terrific disc, filled with vibrant playing and wondrous ideas”
— The Boston Globe

“Fieldwork is doing an excellent job of immersing itself in the music’s most primal and essential elements…the exploration of rhythm in an intimate and intensely purposeful dialogue.”
— Billboard

Your Life Flashes is a powerful response to European accusations of stagnation in America’s creative music; it is emotional, challenging, experimental, edgy, hard-hitting, and intense. The music comes in cascades and torrents, demanding the listener’s undivided attention. As much as the group is inspired by the three players’ involvement with luminaries who have dominated creative jazz during the past four decades, it is also inspired by improvisational and rhythmic traditions from around the world as well as by contemporary urban dance grooves.

Fieldwork is a collective trio comprising three of the creative jazz world’s admired young session men Aaron Stewart on tenor saxophone, Vijay Iyer on piano, and Elliot Humberto Kavee on drums. Within Fieldwork they challenge, inspire and impel each other into new avenues of improvisation, accompaniment and composition, realizing ideas they couldn’t have created in any other context. This unique, unfettered and dynamic approach results from Fieldwork’s process of using composed material as seeds for extended collaborative development and exploration, rather than as pre-fab ‘tunes’ to be brought into rehearsal and played as written. Don’t take that to mean that everything Fieldwork plays is free improv. Much of it is, but much is also pre-conceived and written down. Fieldwork is a band, built somewhat defiantly on the model of rock bands, but using that organizational structure as a basis to explore creative improvisational music.

Iyer, Stewart and Kavee see Fieldwork as an opportunity to explore the jazz tradition from within, viewing their trio’s music as an investigation into their individual natures as creative artists, rather than being about overt stylistic references that retread familiar musical material. In bypassing the cul-de-sac of stylistic pastiche, Fieldwork endeavors to remain true to the source of jazz the creative spirit and life itself.