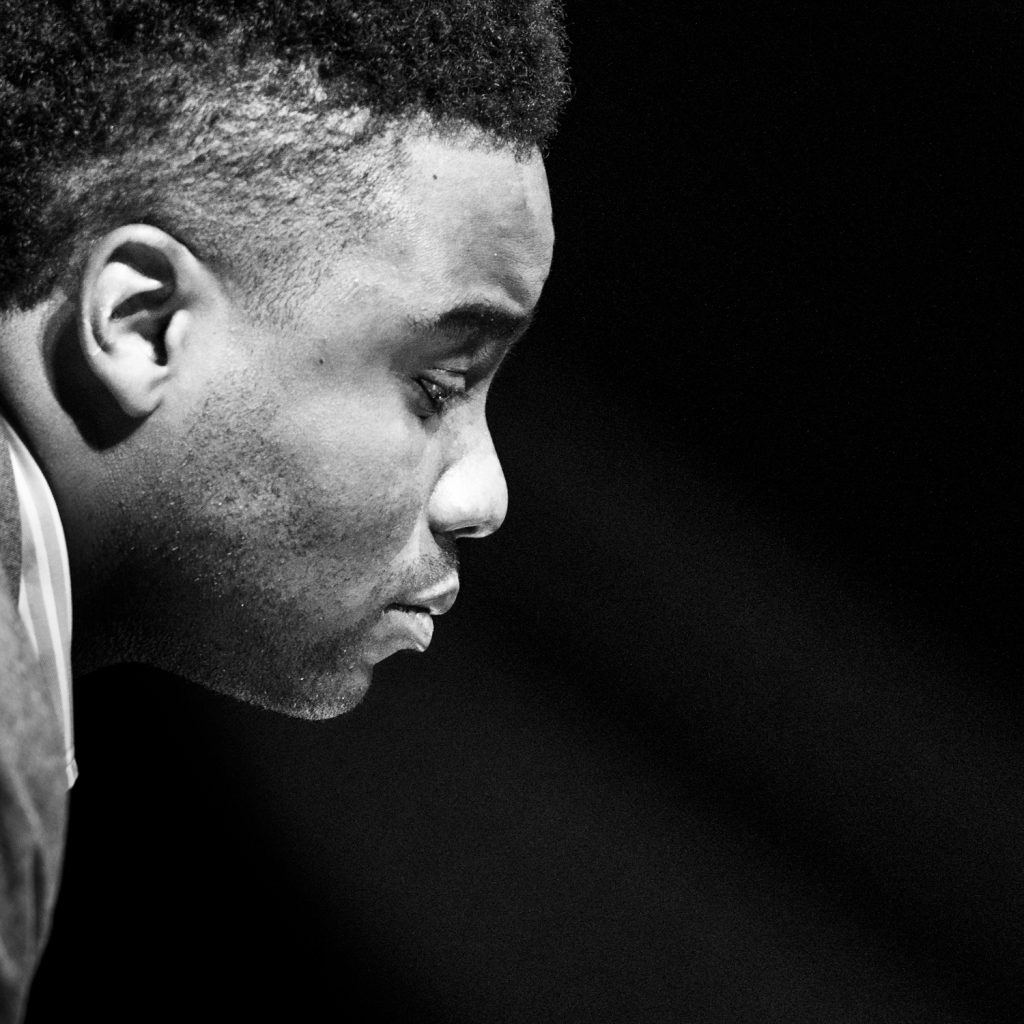 Pianist/Composer/Multi-Instrumentalist David Bryant is a world-class artist. Few musicians today match the versatility, originality, and sensitivity that he brings to the music. He combines an extensive knowledge of the jazz tradition and other diverse musical idioms, as well an individualistic approach and sound; it is no surprise that he is quickly rising to the top of the international jazz scene.

David Bryant was born 1983 in Brooklyn, NY. As a member of a family that encouraged a strong musical upbringing, David started playing piano at age 4. By age 8, he was already competing and ranking in some of the New York area’s most prestigious youth classical piano competitions, such as BACA and the Queens College Festival of Music Competition. Four years later, David also began playing cello and trumpet, performing with youth symphonies and chamber programs on all three instruments. As a result of his dedication, he was accepted to New York’s prestigious LaGuardia High School of Music and Arts. It was here that David became interested in jazz.

While at LaGuardia, David quickly became an integral part of the Senior Jazz Band and combos as well as the All-City Jazz Band. He won the “Outstanding Soloist” award at Lincoln Center’s Essentially Ellington competition, as well as being invited to participate in the Monterey Jazz Festival and the North Sea Jazz Festival. His senior year he was selected to the Grammy Foundation’s All-American Jazz Combo. In 2001, he received a scholarship to study at the New England Conservatory. He made the most of this opportunity quickly becoming a rising star in Boston’s jazz scene. As well as joining the Boston Jazz Reparatory Orchestra (BJRO), he performed weekly at Wally’s Jazz Café and Jordan Hall while also performing at Ryles and the Regatta Bar. In 2005 he graduated with a degree in Jazz Performance and a distinction in music.

David currently resides in Manhattan. He is currently a regular member of the Steve Davis Quintet, Myron Walden/Darren Barrett Quintet, Jen Shyu’s Jade Tongue and James “Jabbo” Ware’s Orchestra. He has also played with the likes of Ravi Coltrane, Roy Haynes, Dave Holland, Jimmy Heath, Steve Coleman, Kenny Wheeler, Wynton Marsalis, Eddie Henderson, Bob Brookmeyer, George Garzone, Eric McPherson, Abraham Burton, and many others in the New York and international jazz scene. He has performed and can be seen in clubs such as Birdland, the Iridium, the Jazz Standard, the Jazz Gallery, Carnegie Hall, Alice Tully Hall, the 55 Bar, Barbes, the Knitting Factory, Zebulon, the Jazz Bakery, and the Cotton Club in Tokyo. He has currently recorded projects with Steve Davis, Myron Walden, and Abraham Burton as well as recording and performing with various projects of his own.