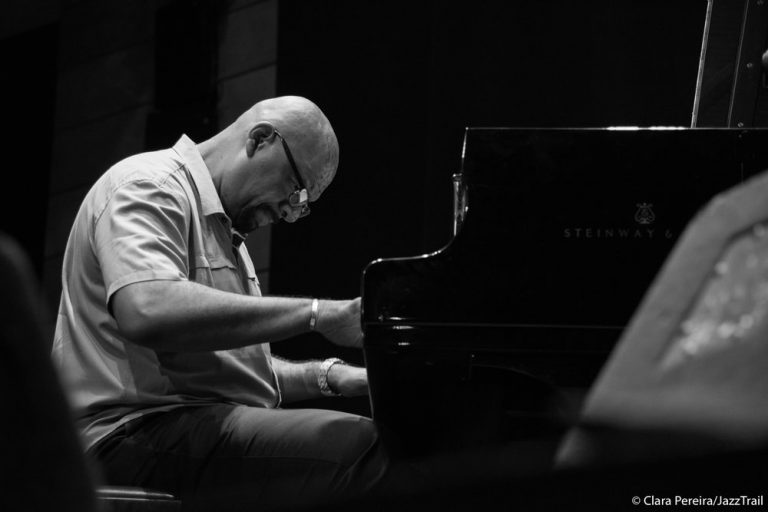 Luis Perdomo is an American jazz pianist and composer. His style is directly and indirectly influenced by Bud Powell, Oscar Peterson, McCoy Tyner, Paul Bley and Herbie Hancock. From the age of 12, was playing on Venezuelan TV and radio stations. His first teacher was the Austrian-born jazz pianist Gerry Weil “The biggest lesson I received from Gerry Weil in Venezuela, was to keep my mind open to all types of music” he says. He eventually realized that he would have to travel to New York City to fulfill his musical destiny. “Being in a more competitive and challenging environment was a big change that I welcomed”. He studied at the Manhattan School of Music with Harold Danko and classical pianist Martha Pestalozzi, and Queens College in New York City, where he studied under Sir Roland Hanna, receiving degrees from both institutions.

He has played with Ralph Irizarry and Timbalaye, Ray Barretto’s sextet, David Sanchez, John Patitucci, Dave Douglas, Yosvany Terry, Brian Lynch, Tom Harrell, Henry Threadgill, David Gilmore and David Weiss and “The Cookers”. He has been a long-standing member of Miguel Zenon’s quartet and was a member of Ravi Coltrane’s quartet for 10 years. In addition, he has released nine CDs as leader: Focus Point in 2005, Awareness in 2006 (both on Coltrane’s label RKM Music), Pathways in 2008 (Criss Cross Jazz), Universal Mind (and third for RKM Music) in 2012, The Infancia Project in 2012 (Criss Cross Jazz), Links in 2013 (Criss Cross Jazz) and Twenty-Two in 2015 (Hot Tone Music), This CD includes Perdomo’s newest band: The “Controlling Ear Unit”, with bassist Mimi Jones and drummer Rudy Royston, as well as “Montage” (Hot Tone Music) and “Spirits and Warriors” (Criss Cross Jazz) in 2016, which features an amazing band with Alex Sipiagin on trumpet, Mark Shim on saxophone, Ugonna Okegwo on bass and the legendary drummer Billy “Jabali” Hart.