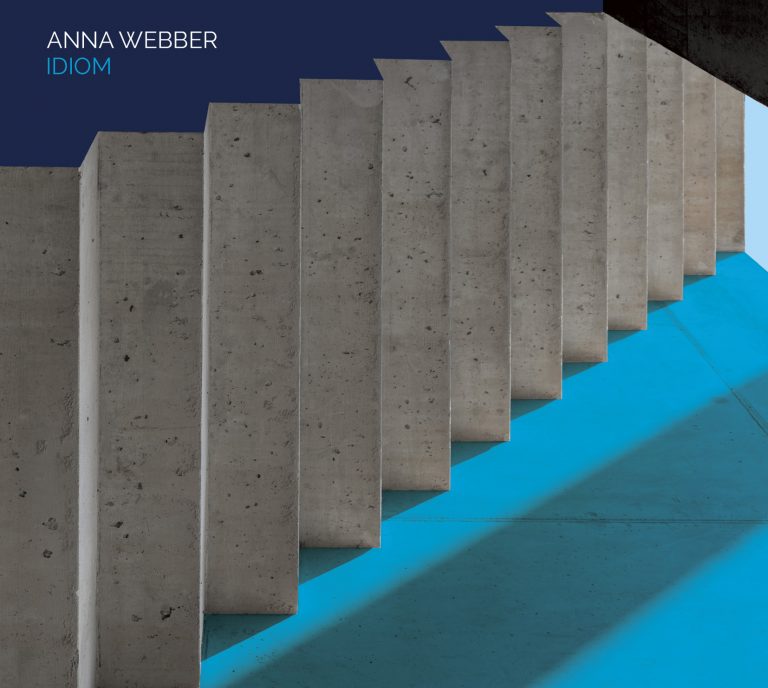 Idiom from saxophonist, flutist and composer Anna Webber is the follow-up to her critically-acclaimed release Clockwise, which the Wall Street Journal called “visionary and captivating.” It was voted #6 Best Album of 2019 in the NPR Jazz Critics Poll, who described it as “heady music [that] appeal to the rest of the body.” Her 2020 release, Both Are True (Greenleaf Music), co-led with saxophonist/composer Angela Morris, was named a top ten best release of 2020 by The New York Times. She was recently named a 2021 Berlin Prize Fellow and was voted the top “Rising Star” flutist in the 2020 Downbeat Critic’s Poll.

Idiom is a series of six rigorously composed pieces, each of which is based on a specific woodwind extended technique – a broad term meaning any non-traditional way of producing sound on an instrument, including the use of multiphonics, alternate fingerings, buzzes, air sounds, key clicks, overblown notes, and the like – that Webber has taken from her own improvisational language. The works are the upshot of her belief that jazz composers/performers are in a privileged position to create the perfect vehicles for themselves as improvisers. As a frequent user of extended techniques in her own playing, Webber set out to create a continuum between her compositional and improvisatory vocabulary, orchestrating these effects across the ensemble, and applying them to different instruments.

“Idiom II” from this book of compositions appeared on Clockwise, while the new project – spread out over two volumes – comprises the remaining five “Idiom” pieces. The first four of these features her Simple Trio, with drummer John Hollenbeck and pianist Matt Mitchell, which has been her primary working group for the past eight years. For these pieces, she uses the piano and drums to highlight aspects of her flute and saxophone techniques while taking advantage of their complete physical and dynamic ranges. Webber based “Idiom I” on “vented” fingerings on the flute (i.e., where an extra key is held down or left up, causing the instrument to malfunction in a microtonal way), key noise, and overblown notes. For “Idiom III” and “Idiom IV,” she utilizes various saxophone multiphonics that create an interval that is very close to, but not quite, an octave. This causes the instrument to sound as if it is pulsating at a regular pattern, similar to the “beating” that one hears when two pitches are very close to being in tune. “Idiom V,” uses a broad range of flute extended techniques that were then spectrally analyzed in order to generate sounds/pitches for the piano and drums.

The hour-long “Idiom VI” is performed – over six movements and four interludes — by a twelve-piece ensemble that brings together a mix of musicians equally split between improvisors and new music specialists. The specific extended technique used as the foundation for this work is a series of dyad multiphonics found on the tenor saxophone that form small intervals, which manifest both literally and abstractly throughout the piece: In addition to using them in her orchestration and improvisation, they are also used to generate chords and scales and, overall, gave license to utilize other naturally occurring sounds and extended techniques, opening up novel and mysterious sonic combinations. The resulting masterwork abounds in other-worldly tone colors and timbres enveloped by rhythmic and harmonic tension. But, because Webber is still, at base, influenced by jazz, there is plenty of room left for dazzling and inventive improvisation by the full coterie of musicians.

According to pianist Mitchell: “Despite being colleagues with Anna for the better part of a decade, I’m still struck by her foray into new creative territories. I’ve been immersed for quite a while in the trio music on the first disc, but I’m still struck by the coherence, wit, and focused energy of the music. These traits are expanded exponentially on the polychrome labyrinth of the music for 12-piece ensemble on disc two. I’d wager that even the most enthusiastic of Anna’s ever-growing pool of listeners will find the music to be an embarrassment of riches in which to indefinitely lose and find themselves. Modern creative musicians are often – and ought to be – genres unto themselves, and perceived uncanniness leading to inevitability is both a hallmark of Idiom and the genre of Anna Webber.” With this new work, Webber has created a singular sonic world, a bold magnum opus that paves a new path for the amalgamation of cutting-edge composition and improvisation.