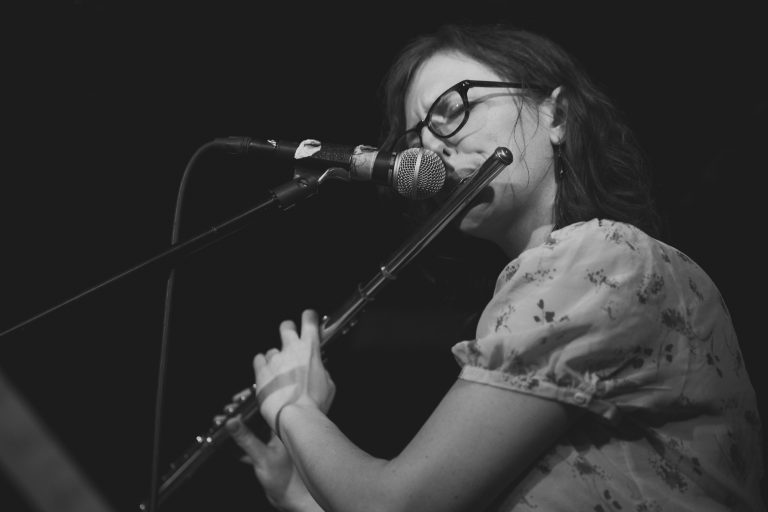 Anna Webber (b. 1984) is a New York-based flutist, saxophonist, and composer whose interests and work live the overlap between avant-garde jazz and new classical music. Her new album, Clockwise, featuring a septet comprised of several of the most creative musicians working in New York’s avant-garde, will be released on Pi Recordings in February 2019. Webber is joined on Clockwise by Jeremy Viner, Jacob Garchik, Chris Hoffman, Matt Mitchell, Chris Tordini, and Ches Smith.

In addition to this septet, Webber also leads the critically acclaimed Simple Trio, featuring drummer John Hollenbeck and pianist Matt Mitchell, with which she has released two albums on Skirl Records: Binary (2016) and SIMPLE (2014). She has furthermore recorded for Munich’s Pirouet Records with the now defunct Percussive Mechanics. Her other projects a big band co-led with Angela Morris; Jagged Spheres with Devin Gray and Elias Stemeseder; EAVE with Erik Hove, Evan Tighe, and Vicky Mettler; and The Hero of Warchester with Nathaniel Morgan and Liz Kosack.

Webber is a 2018 Guggenheim Fellow. She has additionally been awarded grants from the Shifting Foundation (2015), the Conseil des arts et des lettres du Québec, and the Canada Council for the Arts and residencies from the MacDowell Colony (2017), the Millay Colony for the Arts (2015), and the Brush Creek Foundation for the Arts (2014). She is the winner of the 2010 Prix François-Marcaurelle at the OFF Festival of Jazz in Montreal. In 2014 she won the BMI Foundation Charlie Parker Composition Prize as a member of the BMI Jazz Composers’ Workshop.

Originally from British Columbia, Webber studied music at McGill University in Montreal before moving to New York City in 2008. She holds master’s degrees from both Manhattan School of Music and the Jazz Institute Berlin. 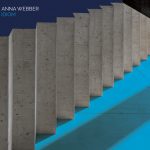