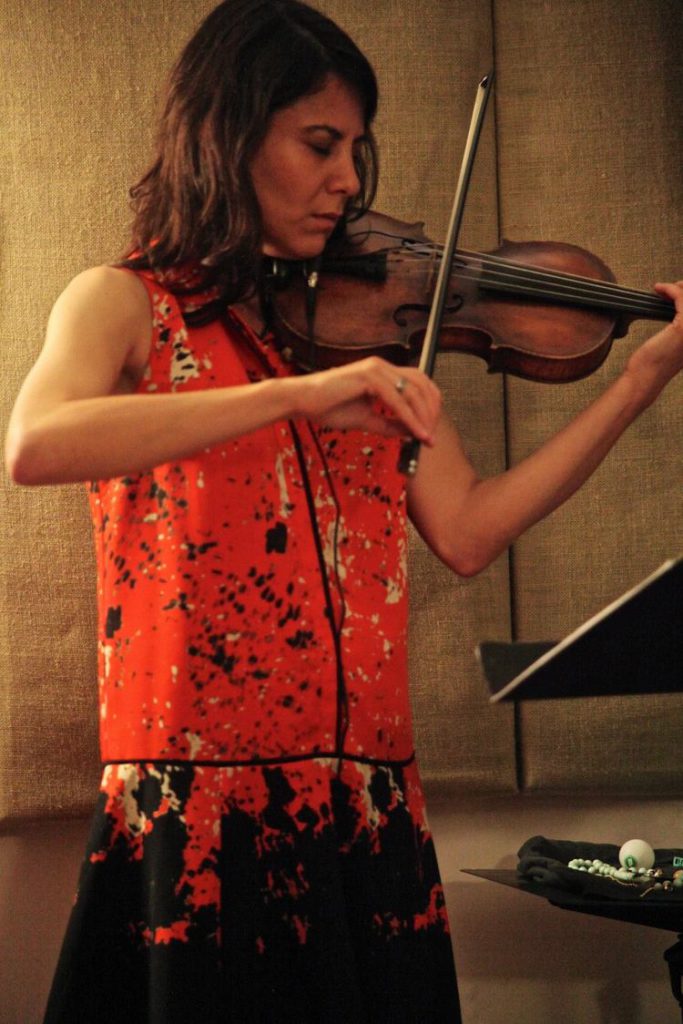 Erica Dicker works to span bridges between the worlds of traditional and experimental music performance. An active concert artist, Erica has appeared as concerto soloist, most recently with the String Orchestra of Brooklyn, and also writes and performs her own music, exploring the idiomatic modalities and textures of her instrument. Committed to creative collaboration with living composers and musical innovation in both the classical concert hall and nontraditional contexts, Erica is a founding member of the contemporary chamber music collective Till By Turning, an ensemble devoted to reinforcing the modern canon, championing new works, and linking creative educational programs to their repertoire. She is also violinist in Katherine Young’s Pretty Monsters, as well as Vaster Than Empires, an electro-acoustic collaboration with composer and sound artist Paul Schuette and percussionist Allen Otte. She has premiered works by many composers including solo works written for her by Olivia Block, Turkar Gasimzada, Ryan Ingebritsen and Katherine Young.

Erica serves as concertmaster of Anthony Braxton’s Tri-Centric Foundation Orchestra, an ensemble initially founded to document and disseminate the operas by composer and multi-reedist Anthony Braxton, and has also performed with Braxton’s Falling River Quartet and Diamond Curtain Wall Quartet at festivals in Belgium, Germany, Italy, Macedonia, Poland, and Turkey and appeared with the 12 + 1-tet at the 2012 Venice Biennale.

A passionate advocate for preserving the vitality of orchestral performance, Erica also lends her talent to orchestras across the Midwestern United States, such as the Grand Rapids Symphony. She previously served as associate concertmaster of the Peoria Symphony and associate principal second violin of the South Bend Symphony, and held leadership roles in festivals including Spoleto USA and the National Repertory Orchertra.  In Germany Erica was part of the Bergische Symphoniker and performed with the Bachakademie Stuttgart International Festival Orchestra under the direction of Helmut Rilling.