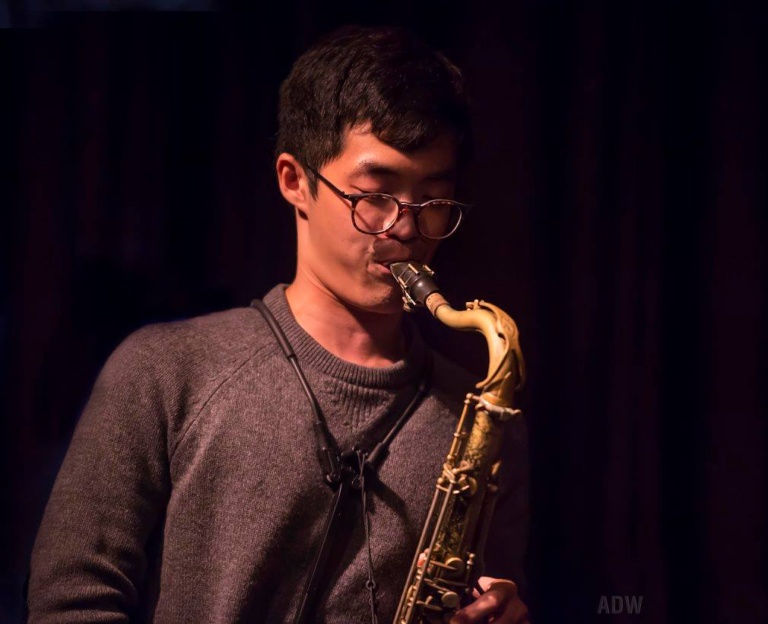 Yuma Uesaka (b. 1991) is a saxophonist, clarinetist, and improviser-composer mostly known for his work in jazz and creative music. Since his arrival to New York City in 2014, Yuma quickly built a reputation for his improvisational sensibilities and his powerful sound. As an advocate for music that celebrates modernity, hybridity, and rigor, Yuma works across diverse musical communities including jazz, creative music, and new classical music.

He currently co-leads Ocelot, a collaborative trio consisting of Colin Hinton and Cat Toren. Ocelot recorded their debut album in 2019, which will be released on March 26th, on 577 Records. Yuma released his debut EP, Spear and Shield, in 2015. Dave Sumner (Bird is the Worm) praises the album as a “compelling debut from saxophonist Uesaka, who susses out some powerful moments from his gentle lyricism.”

As a sideman, Yuma has performed and/or recorded with Anna Webber’s New Large Ensemble, Jeff Lederer and The Brooklyn Blowhards; Lex Korten’s Make/Believe; Colin Hinton’s Simulacra; Gabriel Zucker; Lesley Mok’s Living Collection, Peter Nelson’s Ash, Dust, and Chalkboard Cinema; Ken Ychicawa’s Thruworld; Pravin Thompson’s A Thoughtful Collapse; Alec Goldfarb’s Laughing Coffin. Through these projects, he had the pleasure of working with leading musical figures such as Jorge Roeder, Allison Miller, Eric Wubbels, and Kate Gentile, as well as rising young talents such as Nick Dunston, Adam O’Farrill, and Lex Korten. He was also a part of a world premier of Monteverdi Shapero by Alvin Lucier as a part of Ensemble Evolution at Banff Center for the Arts.

Born in London, Yuma spent his early childhood in Nagoya, Japan. He moved to West Bloomfield, Michigan at the age of 8 and started playing the saxophone at the age of 10 and clarinet at age 12. He holds two bachelor’s degrees from University of Michigan, where he majored in Jazz Studies and Computer Science Engineering. He studied with Geri Allen, Robert Hurst, Andrew Bishop, and Erik Santos. An alumnus of Banff Jazz and Creative Music Workshop and Ensemble Evolution, Yuma worked and studied with cutting edge luminaries such as Vijay Iyer, Tyshawn Sorey, Nicole Mitchell, Amir ElSaffar, Claire Chase, and Steve Schick. Since relocating to NYC, he has studied clarinet with Vasko Dukovski and composition with Eric Wubbels.