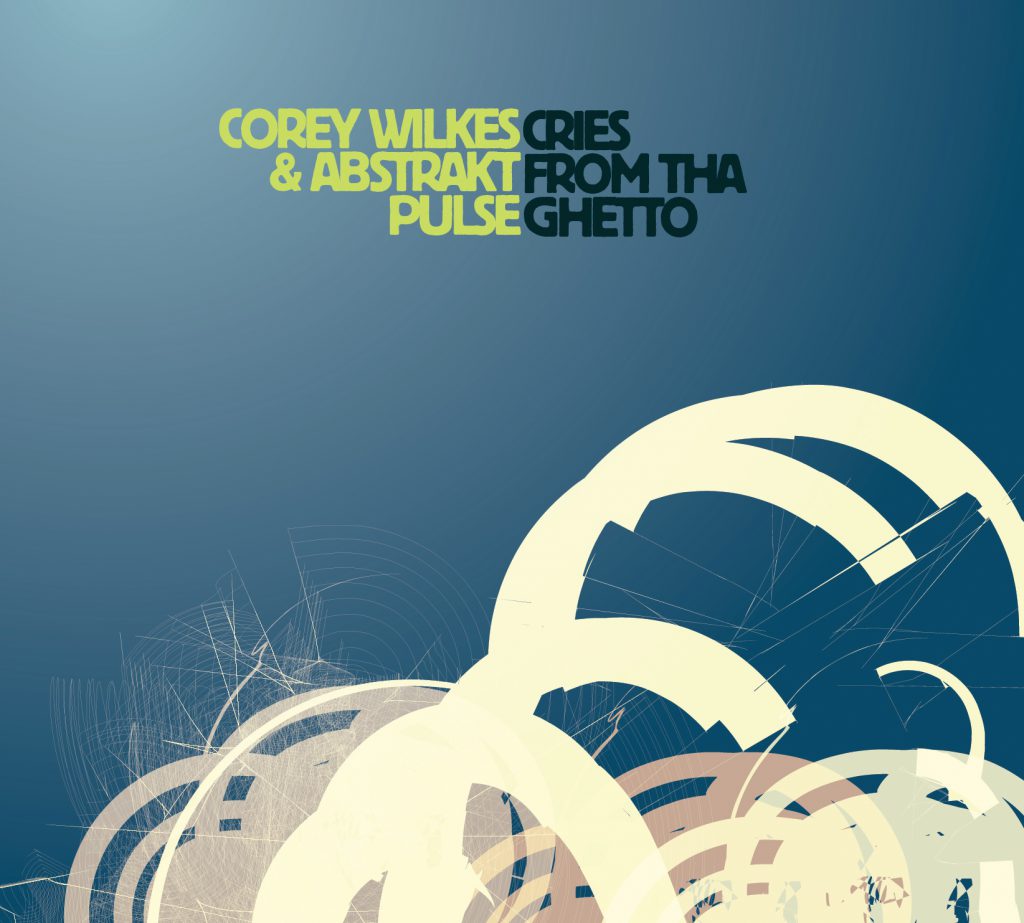 CD of the Week: Corey Wilkes & Abstrakt Pulse: “Cries From tha Ghetto” (Pi Recordings). “Chicago trumpeter Wilkes made a strong impression last year with his debut CD, “Drop It,” and his follow-up proves still more striking. Pushing fearlessly into avant-garde territory on some tracks, burrowing deeply into bebop and hard-bop traditions on others, he documents the versatility of his art and the range of his imagination. He leads a high-powered Chicago band, with particularly heavy lifting from saxophonist Kevin Nabors and guitarist Scott Hesse.”
— Howard Reich, Chicago Tribune

“I just think it’s brilliant, and shows yet another side of an extremely vibrant and complex player/composer who is one of the leading lights of a new progressive jazz generation.”
— Manny Theiner for the Post-Gazette

“The creative jazz ideas coming out of Chicago are not yet exhausted, and with bright young players like Corey Wilkes and his Abstrakt Pulse band around, it doesn’t look like like the flame will burn out anytime soon.”
— Pico, Something Else! Reviews

One of the hottest young trumpeters on the scene today, Corey Wilkes shows off another side of his musical personality with his new release Cries from tha Ghetto. Unlike his prior release as a leader, Drop It, on which Wilkes focuses more on his funky soul side, “Cries from tha Ghetto” demonstrates a mid-60s Blue Note sensibility think Freddie Hubbard’s “Breaking Point” or Lee Morgan’s “Search for a New Land” melded with the influence of “Chicagos Association for the Advancement of Creative Musicians (AACM)”. Wilkes’ playing evinces the concise, bravura playing of Hubbard and Morgan combined with the more open style of Lester Bowie. Indeed, Wilkes was hand-picked by Roscoe Mitchell in 2003 to replace the irreplaceable Bowie as trumpeter in the Art Ensemble of Chicago, the flagship band of the AACM. As the jazz cognoscenti know, there probably is no greater compliment that can be paid to a jazz musician.

Wilkes is based in Chicago, and it seems that a whole scene revolves around him in that musically vibrant city. The CD features just one of many bands that Wilkes leads: Abstrakt Pulse features Kevin Nabors – tenor, Scott Hesse – guitar, Junius Paul – bass, Isaiah Spencer- Drums, and tap dancer; Jumaane Taylor, each an up-and-comer on the Chicago jazz scene. Wilkes also plays regularly with the Chicago greats, Ernest Dawkins, Von Freeman, Fred Anderson and in Kahil Elzabars’ “Ethnic Heritage Ensemble”, as well as with younger influential artists such as Rob Marzurek’s “Exploding Star Orchestra”, Nicole Mitchell, and “Tortoise”. He tours regularly with The Art Ensemble of Chicago, Roscoe Mitchell,  drummer Will Cahoun from “Living Colour”, and most recently with virtuoso saxophonist James Carter. Any musician who can stand toe to toe on stage with both Roscoe Mitchell and James Carter is clearly someone to be reckoned with.