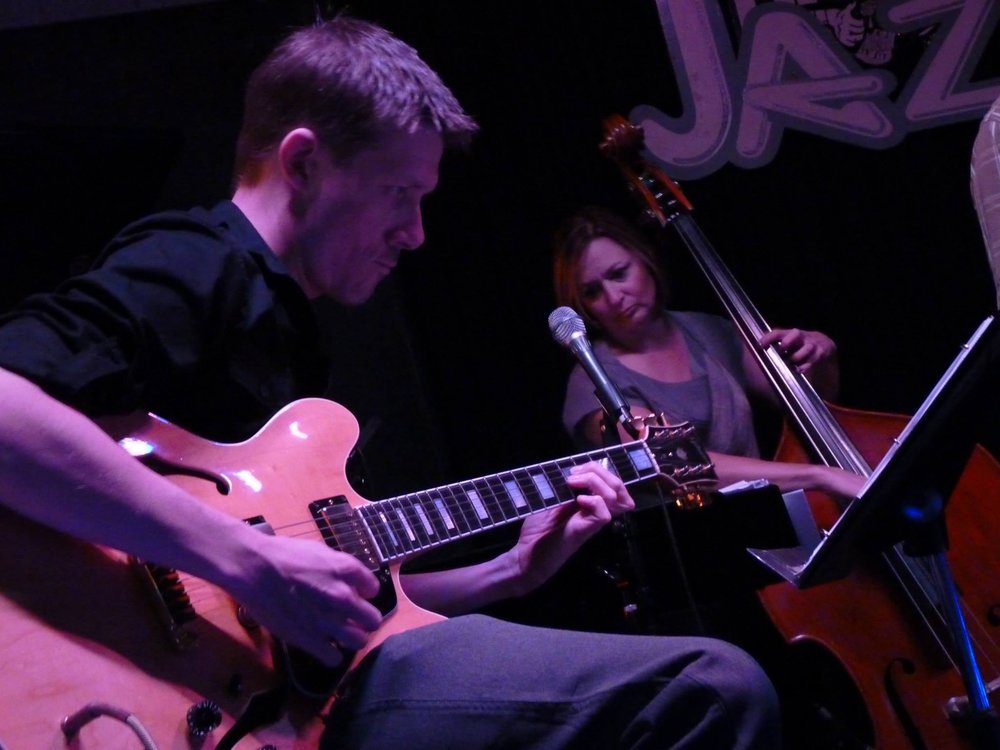 Scott Hesse grew up in Sioux City, Iowa, where he began playing the guitar at age fourteen. A year and a half later he began performing in his fathers 12-piece territory big band throughout the Midwest. After graduating from high school in 1989, Scott attended Eastern Illinois University. There he studied for three years with New Orleans piano legend Henry Butler. In 1994, Scott moved to New York City to attend Manhattan School of Music where he continued his music education with renowned guitarist/recording artist, Rodney Jones.

Scott held faculty positions at Dutchess Community College in Poughkeepsie, NY, The State University of New York (SUNY) in New Paltz, and The New School in Manhattan. Students from Manhattan School of Music, Berklee College of Music, City College of New York City, Swarthmore College in Philadelphia, and Wesleyan University in Connecticut also sought Scott out for instruction. In addition, Scott has been a faculty headliner at the University of Okoboji Reggie Schive Summer Jazz Camp in Iowa since 1997.

In 2001, Scott was invited to take part in the prestigious Steans Institute for Young Artists. Along with twenty-three other up-and-coming young jazz artists, Scott was handpicked to participate in the Jazz at Ravinia Festival outside of Chicago. During the weeklong festival, Scott played with such jazz luminaries as James Moody, Danilo Perez, Rufus Reid, Dr. David Baker, and Nathan Davis. The week culminated in a concert during Jazz Week at Ravinias summer music festival.

Recently, Scott finished a recording project with his new quintet entitled Music Speaks. This is the third of Scott’s solo recording projects, and proves to be his most eclectic release yet.

Scott holds a BA in cultural studies from Empire State College in New York and a Masters Degree in Jazz Composition from DePaul University in Chicago.