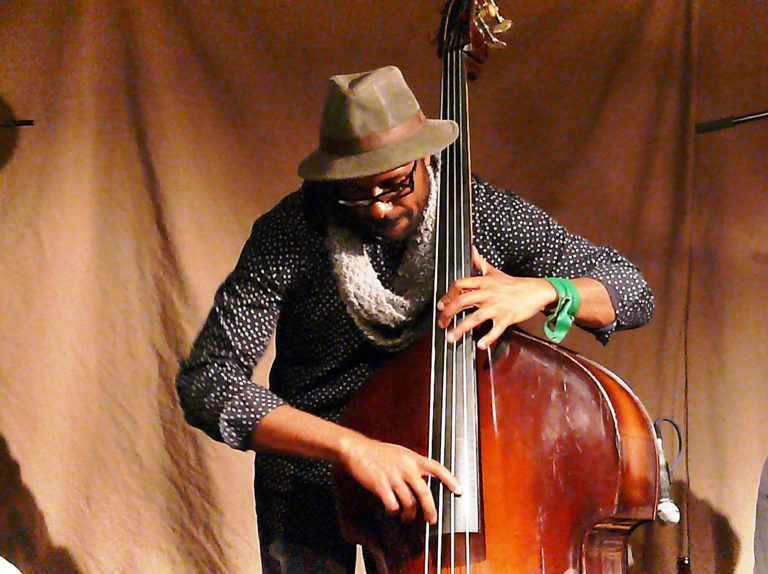 Junius Paul has established himself as a first call electric and acoustic bassist on the Chicago music scene. Paul was born and raised in the Chicago area and is a graduate of St. Xavier University. He is well-established in many genres, ranging from jazz to hip-hop, house music, funk, classical and gospel, and his passion for music shows consistently in all of his playing. Paul has shared the stage with artists including Wynton Marsalis, Curtis Fuller, Donald Byrd, Fred Anderson, Roscoe Mitchell, Kahil ElZabar, Chico DeBarge, KRS-One, Dee Alexander, Roy Hargrove and Corey Wilkes. He has appeared on audio and DVD recordings by Corey Wilkes, DJ Shannon Harris, the St. Luke COGIC gospel choir, Peven Everett and Kahil El-Zabar. Junius has also performed internationally, at The Southport Weekender Festival in Southport, England, the Sons d’hiver Festival in Paris, France, the Made In Chicago Series in Poznan, Poland, and the Ghana Jazz Festival in Africa.