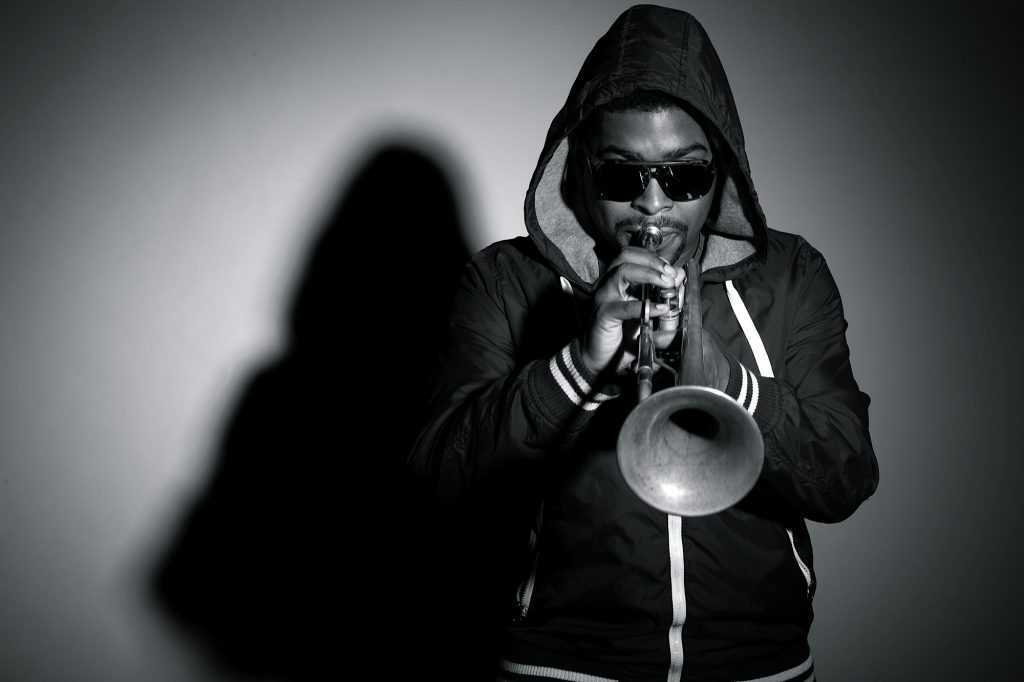 As a child, Corey Wilkes was surrounded by the sounds of Blues, R&B, Soul, Funk and Jazz. He picked up the trumpet for the first time at the age of 10. Starting with the school band, Corey’s natural talent immediately began to flourish. He dominated his peers in both group and solo competitions, always taking first place.

His confidence and maturity were well beyond his years. As a student at Rich South High School in Richton Park, Illinois, his hard work and dedication secured a spot in the Illinois All State Honors Jazz Combo; the first student in the school’s history to do so.

Corey further honed his craft at Berklee College of Music in Boston, Massachusetts. While there, he studied trumpet under Tiger Okoshi and Charlie Lewis Jr. Leaving college for more hands on experience, Corey held down a trumpet seat for Carnival Cruise Lines for a short stint. Then in an even further effort to absorb the very essence of Jazz, he traveled to its heart, Louisiana. He integrated himself in to the local scene by frequenting jam sessions and playing with several different bands in New Orleans.

Since then, Corey has become an Artist in Residence for the Jazz Institute of Chicago, and a member of the Association for the Advancement of Creative Musicians. He has also shared the stage with numerous Jazz Masters including but not limited to; Wynton Marsalis, Roy Hargrove, James Moody, Kurt Elling, Von Freeman, Greg Osby, Roscoe Mitchell, Marcus Belgrave, Clark Terry, Harry “Sweets” Edison, and Mulgrew Miller.

To top off all of Corey’s accomplishments, he made history playing with the Art Ensemble of Chicago. No one else had filled the trumpet seat after the passing of Lester Bowie in 1999. In October of 2003, Corey was asked to tour with the group on the West Coast, where his performance received rave reviews. Consequently he joined the Art Ensemble of Chicago; which tours the United States, Europe, and beyond.

Corey is currently soothing souls at some of the most renowned clubs and festivals in the world. His soulful, sophisticated sound can be found on numerous projects ranging from jazz to hip-hop.