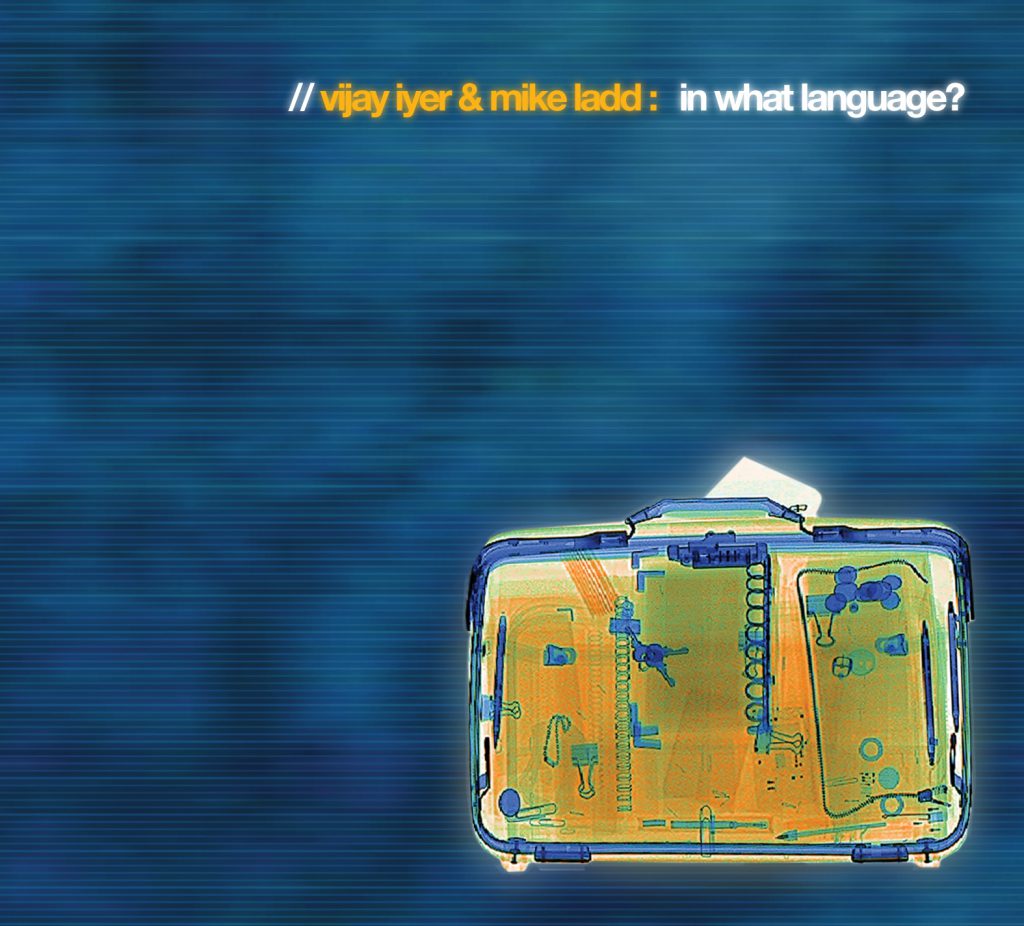 “The great success of ‘In What Language?’ can be measured by the seamlessness with which Ladd’s verse meets Iyer’s music. The strength of their collaborative efforts can hardly be overstated… The marriage of sound and word are so complete that it becomes impossible to imagine one component of the project without the other… a tour de force… Steeped in the language of South Asian and pan-African culture but trafficking in universal impulses…”
— Nate Chinen, JazzTimes

“…an ambitious protest for a belittling time… The airport, with its relentless energy of coming and going, is the perfect site for the pair’s commentary on lives in transition… The music – composed by Iyer and performed by a seven-piece band – glides and swirls with a thick, heartening spirit. Ladd’s characters are complicated, and though they emphasize the uniqueness of their positions, there’s always something open, even affirming, about them… In What Language? succeeds by not wearing its political views on its sleeve but offering them slyly, through the feeling the performance evokes.”
— The Village Voice

With this project, Iyer and Ladd have inspired each other to reach far beyond what either has done previously. Taken together, their influences cover the entire spectrum of modern music, and it shows. The mesmerizing sonic miniatures range from the ominous funk of “Security” to the luminous jazz orchestration of “Taking Back the Airplane,” from the rugged electronic programming of “TLC” to the noble cello-and-piano hymn of “Plastic Bag,” from the swirling improvisational grooves of the “Color of my Circumference” cycle to the mournfully programmatic composition “Asylum.”

The project features the creative sonic techniques of versatile engineer/co-producer Scotty Hard (a.k.a. Scott Harding), who has imbued the album with a genre-bending variety and flair. Defying expectation throughout, the project nonetheless maintains a sense of larger purpose, as the poetry and music intertwine in rich dialogue.

The poems of  In What Language? comprise a series of darkly lyrical monologues by people of color negotiating the hyper-globalized setting of a 21st-century international airport. It takes its title from a pre-9/11 experience of Iranian filmmaker Jafar Panahi, who, transiting through JFK in spring 2001, was wrongly detained by INS officials. Panahi’s description of this ordeal was widely circulated online. Sent back to Hong Kong, in handcuffs, he wanted to explain his story to fellow passengers. “I’m not a thief! Im not a murderer! … I am just an Iranian, a filmmaker. But how could I tell this, in what language?”

“As a fellow brown-skinned traveler, I felt a need to amplify and address Panahi’s question,” says Iyer. “The need to assert one’s humanity in the face of ignorance and oppression became the driving force behind this project.” As a response, they chose to critique the deceptively neutral setting of the airport: “The airport serves as a contact zone for those who feel either empowered or subjugated by globalization,” says Ladd. “It’s a center of commerce and a crossroads of cultures. As a poet I chose to explore the myriad of ways an airport can be interpreted.” Commissioned by the Asia Society, the two worked intensely on the material for over a year, and debuted their “song cycle” in May 2003.