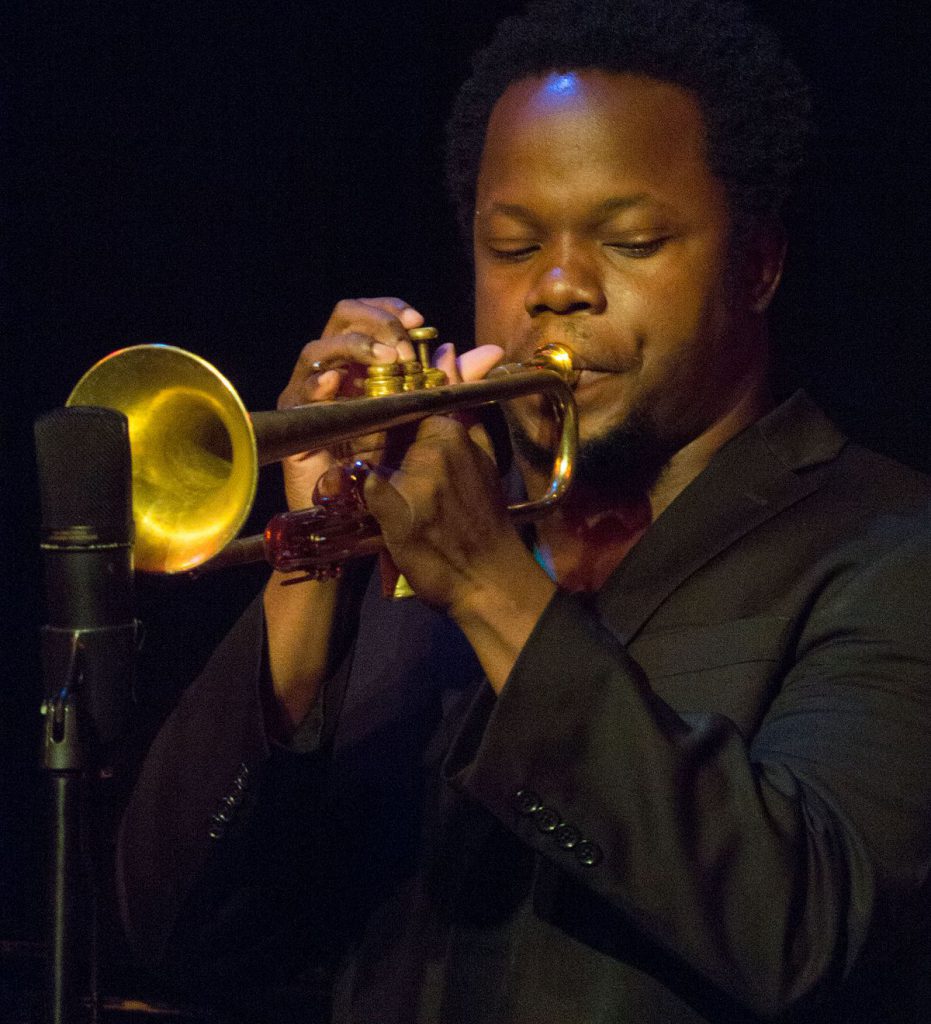 Ambrose Akinmusire, “a thrilling young trumpeter and astute bandleader [with a] unique spark in his playing” (The New Yorker), brings his artistic vision to the next level with the imagined savior is far easier to paint, his second release for Blue Note Records. The album follows his acclaimed major label debut When the Heart Emerges Glistening, which New York Times critic Nate Chinen named his #1 album of 2011, Akinmusire takes a more compositional turn on the imagined savior…, writing 12 of the 13 tracks and producing the album himself.

However, these encounters with strings and voices don’t at all diminish the central role of Akinmusire’s quintet, now edging toward a sextet with the addition of Altura. It’s awe-inspiring to hear the band’s energy and focus as it confronts every challenge in “As We Fight (willie penrose),” “Vartha,” “Bubbles (john william sublett)” (inspired by tap-dance legend John Bubbles), and “Richard (conduit),” a 16-minute-plus closing epic recorded live at Jazz Standard in New York City.