Facets was three years in the making beginning with a two night performance at the Jazz Gallery in Manhattan and featuring four sets of music with a different pianist each set. Expanding on the concepts and ideas Hafez put into motion with the retuned piano featured on Post-Chromodal Out, Modirzadeh has distilled the approach to a single re-tuning for Facets. Modirzadeh himself utilizes alternate fingerings and embouchure adjustments on his instrument to achieve intervals between major and minor, and the pieces sway with an elasticity reminiscent of Persian poetic meter. With eight keys re-tuned and the remainder left in equal temperament, the music explores the coexistence of familiar with unfamiliar, and in the process, discovers new logic and mysterious beauty within.

This third chapter in Pi’s documentation of Hafez’s work is the first release of our 20th anniversary year and a fitting start.

As 2020 winds down we wanted to take this moment to thank everyone who reached out to see how we were doing, supported the artists and their releases with their purchases and let us know what an important role music plays in their life. During these times particularly.

Our release schedule for 2020 was greatly curtailed unfortunately. February saw the release of Liberty Ellman’s Last Desert and September Dan Weiss’ Natural Selection. In between those two releases we began our digital only series, This is Now: Love in the Time of Covid via BandCamp. This Is Now saw releases by Steve Lehman, David Virelles, Liberty Ellman, Vijay Iyer and Miles Okazaki.

As we approach the end of the year we wanted to leave everyone with this note. 2021 promises to be better and we look forward to sound tracking it. Releases by Hafez Modirzadeh, Jen Shyu, Henry Threadgill, Matt Mitchell and Kate Gentile have kept us hopeful and excited to for what’s to come.
Best to all and have a safe and healthy end of the year.

March 27th, guitarist Liberty Ellman’s sextet returns with Last Desert, the  follow up to his critically-acclaimed 2015 release Radiate, which the Wall Street Journal described as “bristling with energy and innovation” and Downbeat praised as “unique, indelible and fully human.” Named #1 Rising Star Guitarist in the 2016 Downbeat Critics Poll, Ellman is perhaps best known as a trusted associate of jazz legend Henry Threadgill, with whom he has played for almost 20 years, including on the Pulitzer Prize-winning release In for a Penny, In for a Pound. His unorthodox playing style is also key to collaborations with the likes of Myra Melford, Joe Lovano, and JD Allen. Pianist and MacArthur Fellow Vijay Iyer calls him “my favorite living guitarist.”

Ellman’s new work is inspired by a foot race that takes place in Antarctica, the final leg in a series of ultramarathons called Four Deserts that take place in some of the harshest environments on earth. Last Desert celebrates the juxtaposition of the austere beauty of the landscape with the grueling nature of the event, and the clarity of focus that the competition requires. His compositions employ a complex melodic weave, but are always lyrical and percolate with groove. Ellman is rejoined by all the musicians from Radiate: Steve Lehman on alto sax, Jonathan Finlayson on trumpet, Jose Davila on tuba, Stephan Crump on bass and Damion Reid on drums. Together, they conjure Ellman’s panoramic musical vista to brilliant effect.

Welcome to 2020. The new year is starting off with lots of momentum. We’re working on new releases and are excited to get them out.

Our first releases of 2020 is the Liberty Ellman sextet’s Last Desert. The recording will be out in March. The lineup from Radiate, Liberty – guitar, Stephan Crump – bass, Damion Reid – drums, Steve Lehman – alto saxophone, Jonathan Finlayson – trumpet and José Davila – tuba, trombone, all return for this latest installment.

Following that, Dan Weiss’s Starebaby will be returning with their new album Natural Selection in May 2020. Starebaby has been performing the music live and will be bring it to Big Ears in Knoxville in March. They will be there alongside Steve Coleman and Five Elements, featuring Jonathan Finlayson – trumpet, Kokayi – lyricist, Anthony Tidd – electric bass and Sean Rickman – drums. If you’ve never been to Big Ears you owe it to yourself to go. There’s nothing else like it.

A closing note on 2019, we are very excited that once again we had a very positive showing in this year’s NPR Jazz Critics Poll. Three of our releases earned spots in the top 10.

Art Ensemble of Chicago – We Are On The Edge: A 50th Anniversary Celebration, Steve Lehman Trio & Craig Taborn – The People I Love and Anna Webber – Clockwise.

Additionally, 3 other Pi releases were in the top 50:
Tyshawn Sorey & Marilyn Crispell – The Adornment of Time
Matt Mitchell – Phalanx Ambassadors
Miles Okazaki – The Sky Below

Happy start of the holiday season. Running now through Monday, December 2nd we are having a Black Friday sale. All items in the Pi store will be 20% off. This includes CDs, vinyl, tee shirts and scores. If you prefer digital purchases you can visit our BandCamp page.

Please use the code PiBlackFridaySale at checkout to receive your 20% discount.

Have a great Thanksgiving all.

Miles Okazaki’s “The Sky Below” Out now

The Sky Below is guitarist Miles Okazaki‘s fifth album of original compositions, and his second album for Pi Recordings. It is a sequel to Trickster, which was described by the New York Times as “tenacious futurism,” by The Wall Street Journal as “a true concept album,” and by Pitchfork as “obviously complex, the work of virtuosi. But the resulting beauty is easy to appreciate.” In the liner notes for The Sky Below Okazaki writes,“If Trickster was the introduction to the characters, the songs on this album are their children, bearing their features but finding their own way.”

“Trickster, a four-piece band led by guitarist Miles Okazaki, is best understood in both cerebral and visceral terms. On the one hand, it’s a delivery system for some proudly intricate and idiosyncratic compositions, the byproduct of a deeply rigorous mind. On the other hand, it’s a go-for-broke quartet, capable of shifting the ground underfoot without ever losing its balance.” – Nate Chinen, “Take Five” (WBGO)

“the music is strongly related to what came before, because Okazaki is actually telling a story. (…) very beautiful, intricate music.” – Stereogum 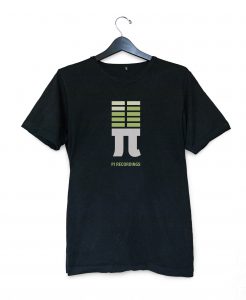 “An album featuring a powerful new sextet, in which well-placed, almost pugilistic movements carry a Zen-like purpose. Half of the credit for that goes to Mr. Finlayson’s entangled, houndstooth compositions. The rest goes to his band, a top-flight crew of 30- and 40-something improvisers.” – Giovanni Russonello, The New York Times

“The coiled intricacies in the composition are true to form, as is the intrepid assurance of the improvising, across the board.” – Nate Chinen, WBGO

“If you dig sterling modern jazz, Jonathan Finlayson is a name to memorize. At the age of 36, the Californian trumpet ace is flying way above the standards… On the newest 3 Times Round he is joined in the frontline by two vibrant saxophonists – altoist Steve Lehman and tenorist Brian Settles – whose fieriness and passion help taking Finlayson’s compositions to a level that many experienced musicians would aspire to reach…. This is a must-have album from a rising trumpet star and smart composer whose innovative jazz perspective has absolutely everything one might ask for. One of the year’s very best.” – Filipe Freitas, JazzTrail

“The sound of this ensemble is so full yet never cluttered nor clichéd.  The sextet is emotionally and musically attached to this project all the way through.” – Richard Kamins, Step Tempest

Pi Recordings latest release, Jonathan Finlayson’s third record as a bandleader, 3 Times Around, has been lauded by music critics for its intricate composition and masterful musicianship. Finlayson continues to be celebrated as an integral performer and composer of his day:

“…Finlayson is smart and complex but also lets the players play and generate heat. He’s building a career that speaks well of the music’s potential to be cerebral and strutting at once.” – Will Laymen, Pop Matters

Will also gives special praise to Finlayson’s Pianist, Matt Mitchell saying, “Mitchell is special—and he shows it on his solo here—because he weaves together understanding of perhaps four distinct and critical jazz piano traditions, pulling in impressionistic texture from Bill Evans/Hancock, ravenous but dynamic attack from Cecil Taylor/Don Pullen, the rhythmic rush of Bud Powell, and the comfort with abstract melodic logic of Paul Bley.”

Matt will be heading into the studio in the winter to document a new band for a 2019 release on Pi.

Starting this Sunday, Tyshawn Sorey will be headlining a three night residence at The Kitchen from October 21st  to the 23rd featuring a different grouping each night. Also this weekend, Saturday and Sunday, Steve Coleman & Five Elements will be performing two sets a night at the Jazz Gallery.

Finally, our last release of the year comes out in two weeks. David Virelles’ Igbó Alákọrin (The Singer’s Grove) Vol. I & II is out October 26th.