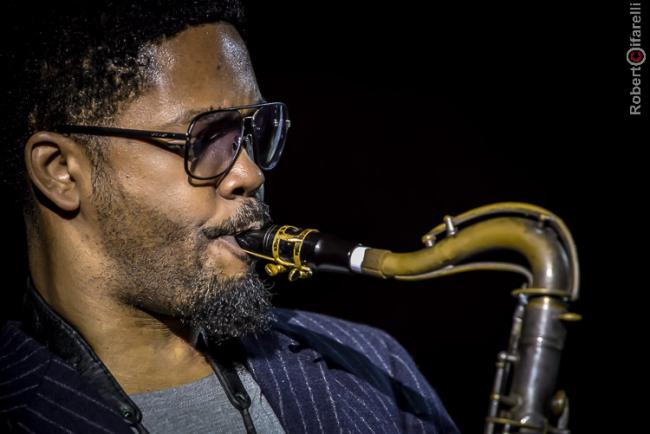 Born in Kingston, Jamaica, Mark Shim‘s family moved to Canada when he was eight and then settled in Richmond, Virginia five years later. He started on sax in seventh grade, graduating from high school in 1991 and attending Virginia Commonwealth University and William Paterson College. In 1994 he moved to Brooklyn, where he played and recorded with Hamiett Bluiett in Harlem. He then played with Mose Allison, Betty Carter, Greg Osby, and the Mingus Big Band. Shim’s debut record for Blue Note appeared in 1998, with two more following on the label in 2000. In the time since he has appeared with creative music luminaries and Pi affiliates Steve Lehman, Vijay Iyer, and Liberty Ellman.