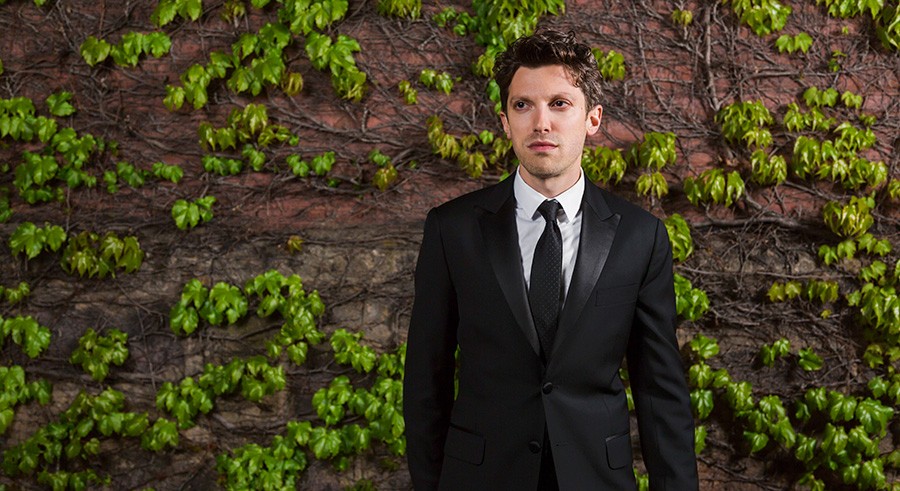 Pianist Cory Smythe works actively in new, classical, and improvised music. He has performed widely, making appearances as soloist and chamber musician at the Darmstadt International Festival for New Music, the Bang on a Can Marathon in New York City, the Green Mill jazz club in Chicago, and the Mostly Mozart festival at Lincoln Center. In recent seasons, Smythe has played alongside violinist Hilary Hahn in concerts throughout the United States, Europe, and Asia. A Washington Post review of the duo’s performance at the Kennedy Center praised Smythe for “…the ferocity and finesse of his technique.” Their Grammy-winning album, In 27 Pieces: the Hilary Hahn Encores, documents Hahn’s diverse collection of newly commissioned encores for violin and piano.

As a core member of the new music group the International Contemporary Ensemble, Smythe has given numerous premieres, collaborated in the development of new pieces, and worked closely with composers John Zorn, Philippe Hurel, Dai Fujikura, George Lewis, and Alvin Lucier among many others. ICE’s 2013 release on Mode Records features Smythe as the piano soloist in Iannis Xenakis’s ‘Palimpsest’. Smythe has also been a featured guest and soloist with many new music ensembles throughout the United States, including Milwaukee’s Present Music, the Boston-based Firebird Ensemble, Chicago Symphony Orchestra’s MusicNOW, and the San Francisco Contemporary Music Players. He performs regularly in collaboration with many of the leading concert artists of his generation, appearing this last season with the cellist Joshua Roman, violinist Karen Gomyo, the Imani Winds, and members of the Providence and Rubens string quartets.

An innovative improviser, Smythe performs as a soloist and in collaboration with a wide array of jazz and creative artists, among them, most recently, Peter Evans, Vijay Iyer, Steve Lehman, and Anthony Braxton. This season will see the release of recordings featuring Smythe in projects led by Tyshawn Sorey and Nate Wooley. Smythe’s own album, Pluripotent — described by celebrated jazz pianist Jason Moran as “hands down one of the best solo recordings I’ve ever heard” — is available for free download at corysmythe.bandcamp.com.

Smythe holds degrees in classical piano performance from the music schools at Indiana University and the University of Southern California, where he studied with Luba Edlina-Dubinsky and Dr. Stewart Gordon, respectively. He currently resides in New York City.