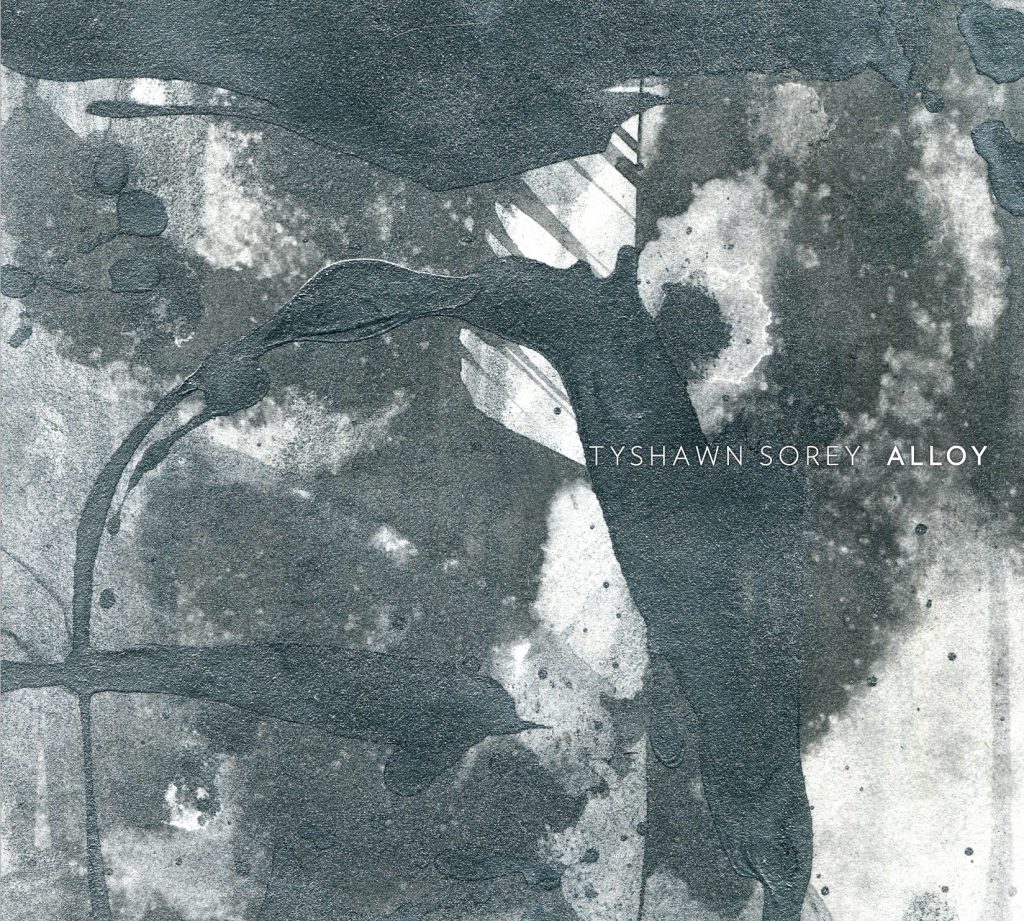 Alloy is the highly anticipated new release from drummer/composer Tyshawn Sorey, his first as a leader since his Oblique-I topped multiple critics polls as one of the best releases of 2011. Named one of “Five Drummers Whose Time Is Now” by The New York Times, Sorey has spent a career confounding those expectations. In addition to being one of the most in-demand drummers on the scene, playing with the likes of Vijay Iyer, Steve Coleman, Steve Lehman and Myra Melford, he also holds a masters from Wesleyan University and is currently in the doctoral program at Columbia University studying with esteemed composers Fred Lerdahl and George Lewis. As a sideman, Sorey is known for his impossibly virtuosic technique, mixing rapid-fire playing with power and tumultuous eruptions. He is also well-known among musicians for his mind-boggling ability to effortlessly master even the most difficult written scores.

One might expect Soreys compositions to mirror the vigor of his drum playing, but instead, they more often evince a pensive beauty, with the feeling of wading into deep waters in search of a mystery below the surface. On Alloy, Sorey takes on the jazz piano trio tradition as exemplified by Bill Evans, Paul Bley and Andrew Hill, in addition to contemporary artists such as Craig Taborn, Jason Moran and Vijay Iyer and extends the continuum to include compositional influences from classical music such as Morton Feldman, Claude Debussy and Frédric Chopin. He is joined by pianist Cory Smythe and bassist Chris Tordini, who play an egalitarian role in shaping the music. Both have long histories performing Soreys music, with Smythe appearing on That / Not (2007), Soreys acclaimed debut as a leader, and Tordini on Oblique-I. Smythe is the rare musician who comfortably straddles the new, classical and improvised music worlds. He is perhaps best known in the classical world for his duo performances with the acclaimed violinist Hilary Hahn – a Seattle Times review of the duos performance extolled his playing as technically brilliant, artful without excess, supportive without overwhelming. He is a core member of the International Contemporary Ensemble, having given numerous premier performances of works from composers such as John Zorn, Philippe Hurel, George Lewis and Alvin Lucier. As an improviser, Smythe performs with artists such as Peter Evans, Vijay Iyer, Steve Lehman, and Anthony Braxton. Bassist Tordini is best known for his solid and effortless work in Andy Milne’s Dapp Theory, the Claudia Quintet, and with the singer Becca Stevens, and has also played and recorded with the likes of Greg Osby, Jeremy Pelt, Ari Hoenig, Steve Lehman, Jim Black, Andrew D’Angelo, and Michael Dessen.

Much of the music on Alloy is through-composed, but improvisation remains a central element to the works design. Returns is Sorey’s explosion of the functions of a standard piano trio, both in its head-solo-head format and the role played by each instrument. Inspired by Morton Feldman and Karlheinz Stockhausen’s early piano works, the piece begins with repeated three or four note piano motifs with sparse commentary from bass and drums that never play strict accompaniment, eventually building to an animated boil before returning to its central motif. Movement is a formally elaborate work that reveals Sorey’s renewed interest in composing tonal music. The composition influenced by the work of Brahms, Debussy, and Bill Evans reimagines a romantic piece for classical piano framed in a jazz piano trio context. Template was first released on That/Not performed by a quartet playing at a much slower tempo. For the version on Alloy, Sorey decided on a lark to have the band try speeding it up, which surprisingly became the final master. Influenced by the work of Christian Wolff, Autechre, Steve Coleman, and Bela Bartok, the piece is striking for its sudden swerve from a rubato feel to drum-driven groove over an off-kilter piano motif. One can hear evidence of Soreys exacting obsession with timbres: He alters his drum setup midstream, switching up sticks and snares, and dampening the bass drum to get a different aural feel from his kit. Finally, A Love Song, inspired by Feldman’s For Bunita Marcus, Anthony Braxton and Muhal Richard Abrams’ Nickie, Alban Berg’s Wozzeck, and Percy Sledge’s rendition of When a Man Loves a Woman, is a tone poem depicting a love story between an unstable man and several women. With its dreamy passages, Sorey’s ode to love episodically follows the budding and wilting of several relationships before the man finally resolves to spend the rest of his life alone.

According to Fred Lerdahl, under whom Sorey is studying at Columbia University: “Two things impress me about Tyshawn beyond his immense musical talent: he is an original who follows his own path regardless of peer pressure or received social and artistic categorizations; and he is deeply devoted to craftsmanship in his music as well as in his performing, and as a result he continues to learn and grow. He never fails to astonish me.” With Alloy, Sorey brings together formal classical composition and improvisation, staking new musical ground in the process.