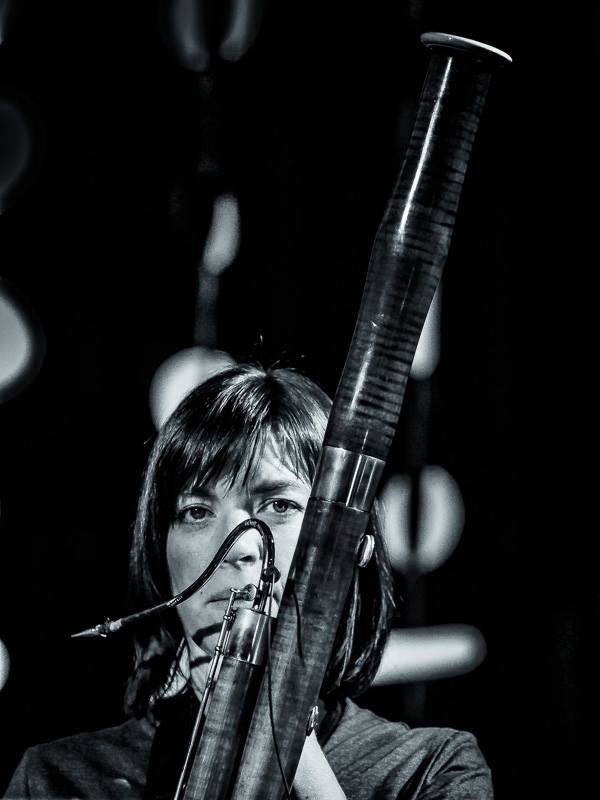 Sara Schoenbeck is a bassoonist who dedicates herself to expanding the sound and role of the bassoon in the worlds of classical, contemporary notated and improvised music. The Wire magazine places her in the “tiny club of bassoon pioneers” at work in contemporary music today and the New York Times has called her performances “galvanizing” and “riveting, mixing textural experiments with a big, confident sound.”

​Sara received her BFA from the San Francisco Conservatory of Music and MFA from the California Institute of the Arts where she has given master classes on improvisation for bassoonists and classically trained musicians. Sara has been adjunct faculty at California Institute of the Arts, Citrus College and Pasadena Conservatory and given master classes at Cornish College, University of Denver and Western Washington University. She is currently on faculty at Brooklyn Conservatory of Music and Packer Collegiate Institute.