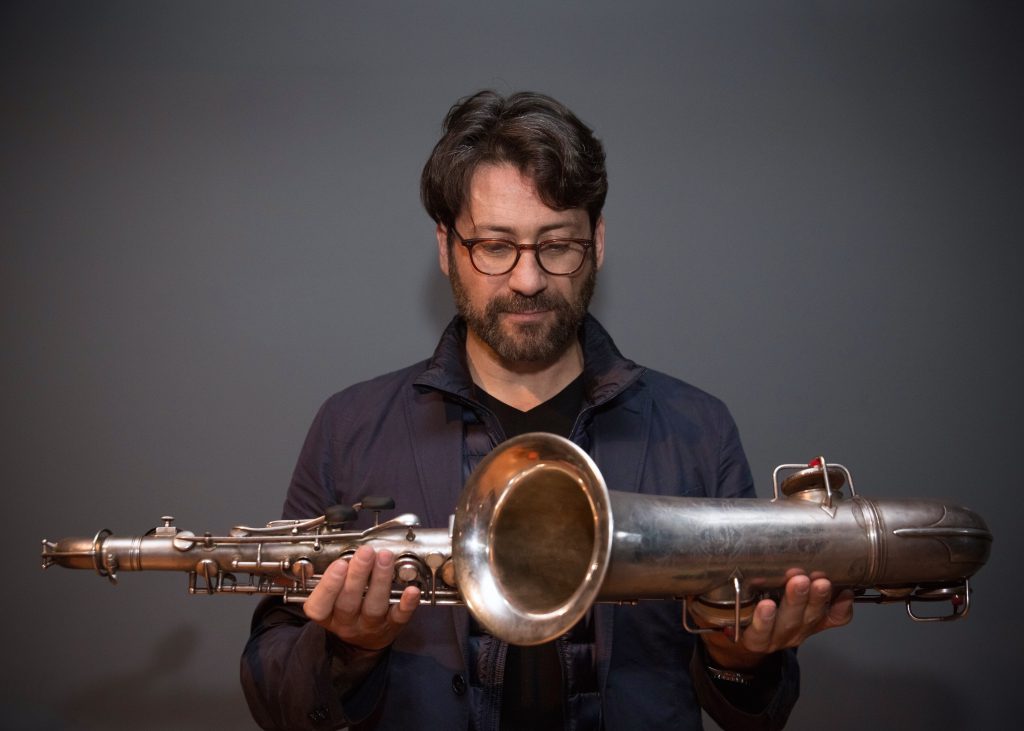 Originally from Israel, Ohad Talmor grew up in Geneva, Switzerland and is a long time Brooklyn, NY resident. He belongs to a new generation of composers/performers whose music claims multiple roots all of which contribute to his identity as an internationally recognized saxophonist and  omposer. He plays regularly with his own project; NEWSREEL a flexible group mirroring his multi-faceted
musical identity. The project features some of New York’s most creative musicians: Dan Weiss, Jacob Sacks, Miles Okazaki, Shane Endsley, and Matt Pavolka. Ohad is also a member of the Steve Swallow Trio (featuring Adam Nussbaum) and MASS TRANSFORMATION, a trans-continental Nonet that focuses on the Music of Anton Bruckner. Talmor has a long and privileged relationship with his friend and mentor Lee Konitz, with whom he co-led three projects: the Lee Konitz New Nonet, the Konitz-Talmor String Project and the Konitz-Talmor Big Band. Ohad is a frequent collaborator with musicians such as Jason Moran, Josh Redman, Kurt Rosenwinkel, Chris Cheek, Dave Douglas, Carla Bley, Joe Lovano, Chris Potter, Billy Hart and many others.

As a Composer and Arranger, Ohad is equally involved in writing for Jazz and Classical idioms. His music has been performed by various Jazz ensembles all over the world, including: Portugal’s OJM Big Band, Switzerlands Big Band de Lausanne, Brazils SoundScape Orquestra, the Brecker Brothers, Steve Swallow 6tet Lhistoire du Clochard or Belgiums Bruxelles Jazz Orchestra. His contributions in the Classical idiom include music for virtuoso pianist Martha Argerich, Sao Paulo’s Symphonic Band, the Spring String Quartet from Austria or the Portugal National Orchestra. Ohad’s Composition for orchestral includes a Concerto for Piano/Drums and Double Orchestras premiered in February 2010 by the Porto National Orchestra, the OJM Big Band with Jason Moran and Dan Weiss as featured soloists.

In parallel to his career in the world of Jazz/Classical Music, Ohad also scores music for films. His latest project in Hollywood includes scoring for the Sundance primed movie Low Down featuring actors such as Glenn Close and John Hawkes. Since 2010, Ohad heads a cross-artistic performance space: SEEDS::Brooklyn. This venue aims at serving the NY music community and beyond, as well as to be a New York antenna for guest musicians from the rest of the world.

Ohad Talmor is the Professor of Composition at the Geneva Conservatory. He holds a Composition Degree from the Manhattan School of Music, now deeply buried in a trunk in his basement, and is a recipient of multiple Awards including 2012 Switzerland Musician of the Year Award.