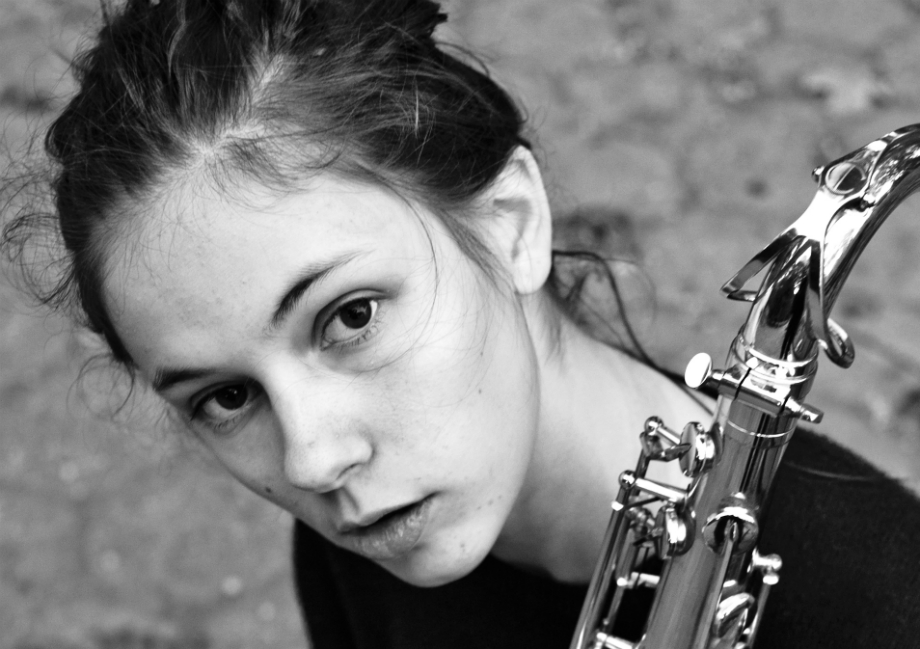 Mara Grand was born in Geneva, Switzerland, in 1992, to a Swiss mother and an Argentinian father. She grew up in a musical family and started playing saxophone at the age of 10. She moved to New York to pursue music at age 18 in 2011.

She started studying with Steve Coleman, Ohad Talmor and Antoine Roney shortly after her arrival in the US.

Upon obtaining her Artist Visa in 2012, Mara toured Europe with the Antoine Roney Quartet, performing in venues in France, Switzerland, Italy, and Greece. Mara is currently a regular member of the Doug Hammond Quintet, with which she has appeared at the Northsea Jazz Festival (Netherlands), Porgy and Bess (Austria), Bird’s Eyes (CH) and Dornstetten (DE). She performed duo with Doug Hammond in March 2014 at the Conservatory of Geneva, Switzerland. Mara also performed with Steve Coleman and the Talea Ensemble at the Newport Jazz Festival in 2013 and at Roulette (Brooklyn, New York) in 2014, as well as playing with Steve Coleman and his group at the Stone in 2013 and in 2014. She also performed and worked as a copyist on his recording Synovial Joints in 2014.

Mara has performed with Roman Filiu’s Quintet, the Valery Ponomarev Big Band, the Howard Williams Big Band, Mridangam Artist Rajna Swaminathan, Skah Shah, Darwin Noguera, among others. She was one of the young musicians picked to participate in a homage to NEA Jazz Master Von Freeman in 2012, playing alongside Julian Priester, Art Hoyle, and other musicians.

Her academic credentials include credits from the Professional Conservatory of Music in Geneva and the City College of New York.