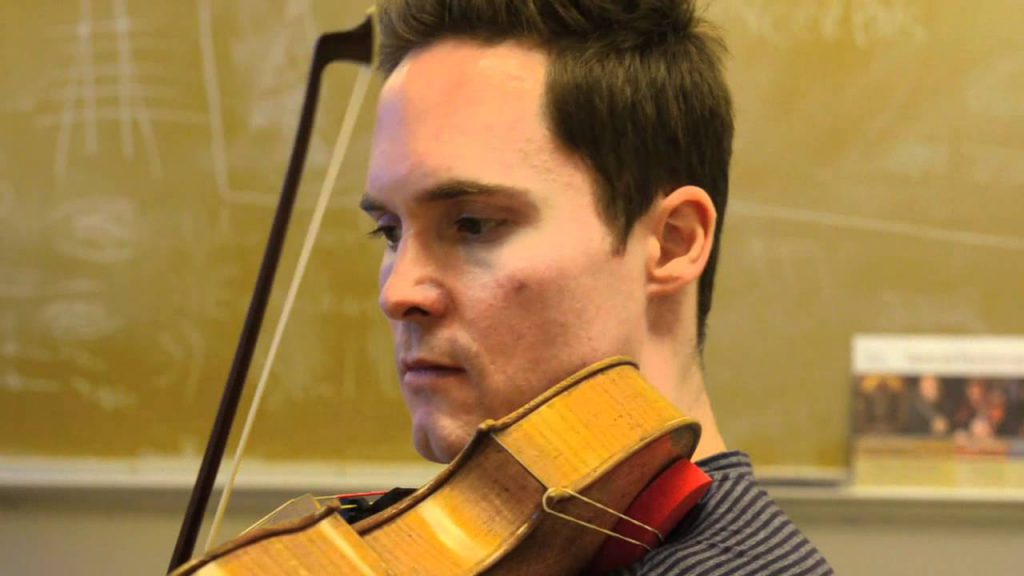 Kyle Armbrust started playing the viola at age three. Since giving his New York solo debut with Kurt Masur and the Juilliard Orchestra in Avery Fisher Hall, he has created a multi-dimensional career performing and recording a wide range of music. The New York Times has described him as “assured, brilliant, and stylish” and the New York Post called him “musically mature, technically sound…”

An active proponent of contemporary music, Kyle has worked with Elliot Carter, Mario Davidovsky, Osvaldo Golijov, Steve Reich, Charles Wuorinen, and others. He first performed with the International Contemporary Ensemble in 2011 as part of the Tully SCOPE Festival, then again in Chicago at the Museum of Contemporary Art, and he participated in the Carlos Iturralde ICElab in February 2012. Kyle also performs with Argento Ensemble and the Orchestra of the League of Composers. In addition to his other activities, Kyle is currently the assistant principal viola of the New Jersey Symphony, principal viola of the Westchester Philharmonic, and a founding member of the Knights Chamber Orchestra. He is a substitute member of the Mahler Chamber Orchestra, St. Paul Chamber Orchestra, New York Philharmonic, and Philadelphia Orchestra.

Kyle received his BM, MM, and Artist Diploma from The Juilliard School where he studied with Heidi Castleman, Misha Amory, and Michael Tree. He has recorded for Ancalagon, Cedille, Interscope, Naxos, Ondine, and Sony. Kyle plays a Carlo Antonio Testore viola made in Milan in 1752 and plugs in with a DPA 4099V.