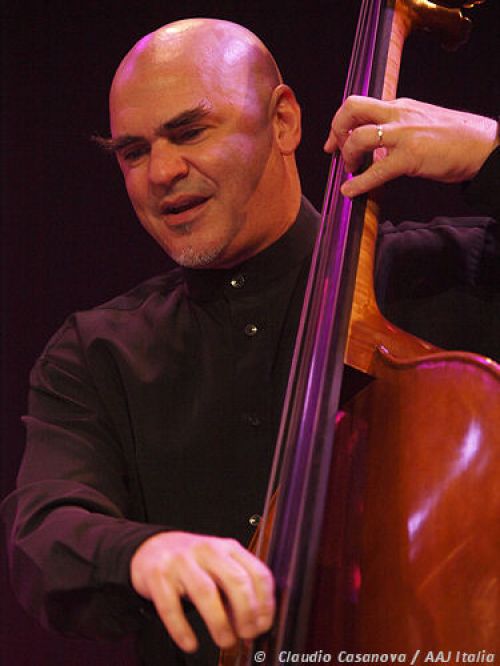 Ken Filiano performs throughout the world, playing and recording with leading artists in jazz, spontaneous improvisation, classical, world/ethnic, and interdisciplinary performance, fusing the rich traditions of the double bass with his own seemingly limitless inventiveness. Ken’s solo bass CD, subvenire (NineWinds), received widespread critical praise. For this and numerous other recordings, Ken has been called “a creative virtuoso, a master of technique . . . a paradigm of that type of artist. . . who can play anything in any context and make it work, simply because he puts the music first and leaves peripheral considerations behind.”

Ken has been a guest lecturer, performer, and workshop leader at institutions in the United States and Europe. He earned a MM from Rutgers University and is currently on faculty at Mansfield University.