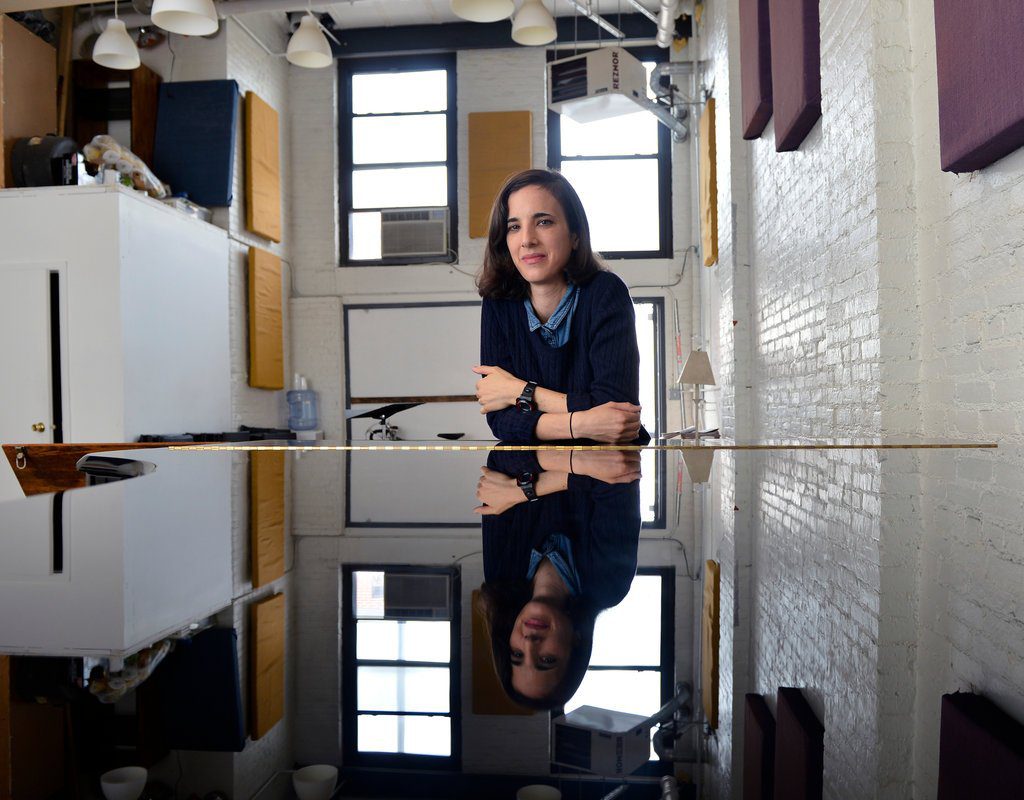 Judith Berkson (born 1977) is a soprano, pianist and composer living in Brooklyn, New York. She studied voice at New England Conservatory with Lucy Shelton, theory and composition with Joe Maneri, and piano with Judith Godfrey and Viola Haas.
Judith is a cantor and teaches liturgical music at Old Westbury Hebrew Congregation in New York, and cantorial music and Hebrew liturgy counts amongst her earliest inspirations.
From the age of five she studied classical piano. As a teenager she was drawn to the experimental composers, the avant-gardists and the people working with extended technique. I liked the challenge of that but also worked at singing art songs from Schubert to Schoenberg.
Singing and playing in jazz and experimental bands through the late 1990s, she curtailed much of this activity in the early 21st century to concentrate primarily on solo performance, looking anew at the possibilities for voice with keyboard accompaniment, and has come up with an approach entirely her own, and one which can encompass the full range of her musical interests.
Her debut album Lu-Lu was released by Peacock Records in 2008 and praised by publications including the New York Times. Oylam is her first for ECM.