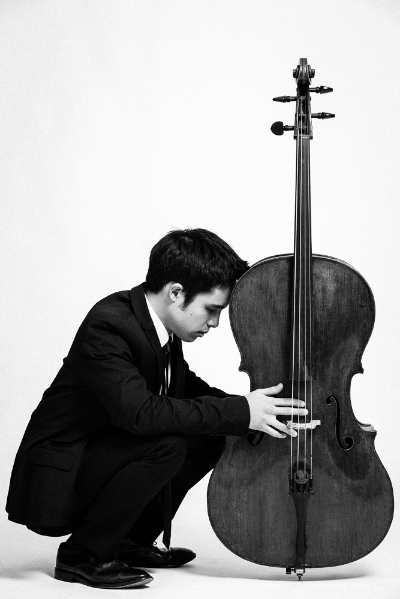 Armed with a diverse spectrum of repertoire and eclectic musical interests, cellist Jay Campbell was named First Prize winner of the 2012 Concert Artist Guild auditions. He is the recipient of awards from the BMI and ASCAP foundations and has been heard on television, radio broadcasts and in concert halls around the world, including concerto appearances in Carnegie Hall, Alice Tully Hall, Avery Fisher Hall, Kultur und Kongresszentrum-Luzern, and the Aspen Music Festival.

Dedicated to the music of our time, Jay made his debut with the New York Philharmonic in 2013 performing the music of Tan Dun. Dedicated to the music of our time, he has collaborated with an array of artists ranging from composers including Elliott Carter, Pierre Boulez, Kaija Saariaho, and John Adams, to saxophonist Steve Coleman, to members of Radiohead and Einstrzende Neubauten. Jay’s close association with John Zorn has resulted in over half a dozen new works for cello, and his article on the music of Pierre Boulez was recently published in Arcana VII. Hen to Pan, a feature disc with all new works written for him by Zorn, was released in February 2015

Recent and upcoming highlights include appearances at the Lucerne, Marlboro, Chamber Music Northwest, Moab, DITTO, and Heidelberger-Fruhling festivals; two new solo discs on the CAG and Tzadik labels; appearances at Carnegie Hall, National Gallery, Krannert Center, Mondavi Center, the Kennedy Center; and the premieres of new works written for Jay by John Zorn, Jason Eckardt, and David Fulmer. Jay began playing the cello at the age of 8 at the Crowden School in Berkeley, CA., and is currently an Artist Diploma candidate at The Juilliard School with Fred Sherry.