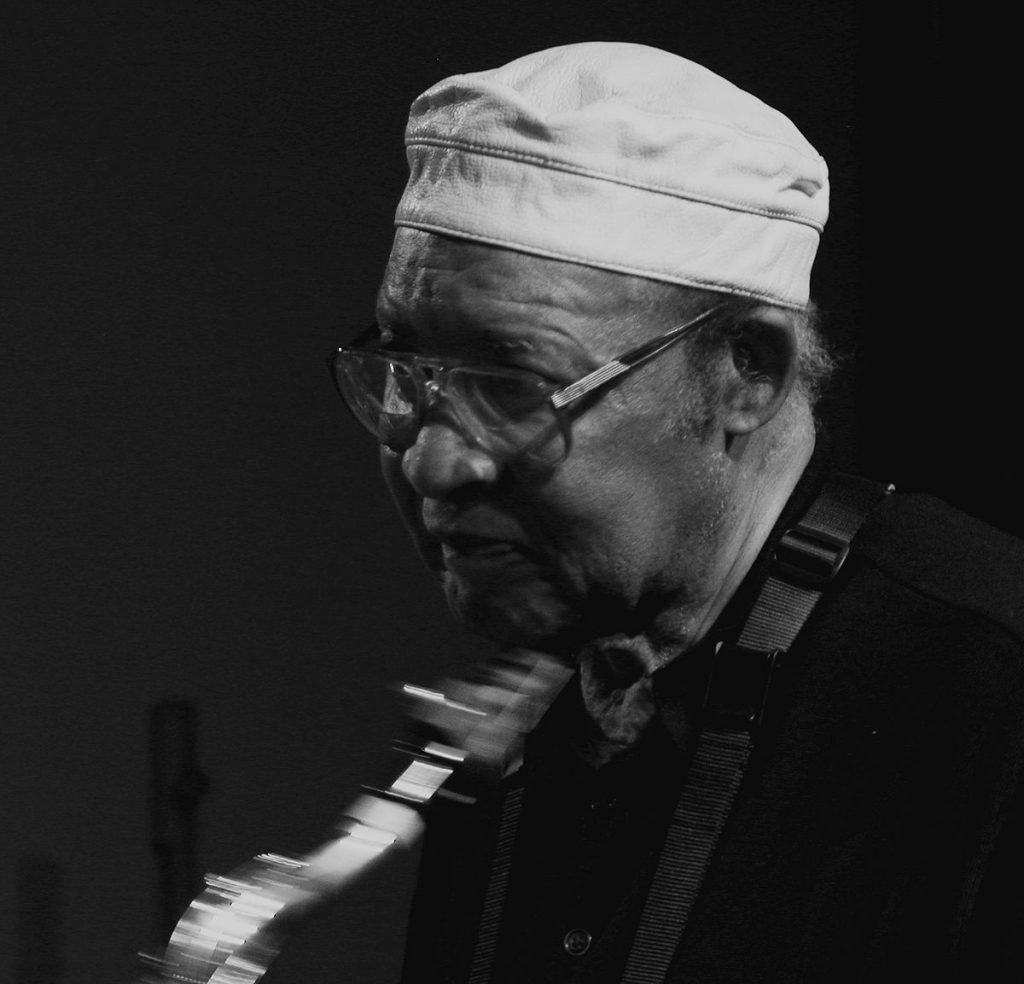 Fred Anderson (March 22, 1929-June 24, 2010) was an American jazz tenor saxophonist who was based in Chicago, Illinois. With a distinctive forward-bent playing posture, Anderson’s playing was rooted in the swing music and hard bop idioms, but also incorporated innovations from free jazz, rendering him, as critics Ron Wynn and Joslyn Layne have written, “a seminal figure among Chicago musicians in the ’60s.”

Anderson was born Monroe, Louisiana. He grew up in the Southern United States and learned to play the saxophone by himself when he was a teenager. Anderson moved his family to Evanston, Illinois in the 1940s. He studied music formally at the Roy Knapp Conservatory in Chicago, and had a private teacher for a short time. Fred worked installing carpet for decades to sustain his music and his family, before opening up a succession of important Chicago nightclubs. Despite Anderson’s prominence as an avant-garde musician, his guiding inspiration was Charlie Parker, portraits of whom are prominently displayed at Anderson’s club, the Velvet Lounge.

He was one of the founders of the Association for the Advancement of Creative Musicians (AACM) and an important member of the musical collective. His partner for many years was the Chicago jazz trumpeter Billy Brimfield.