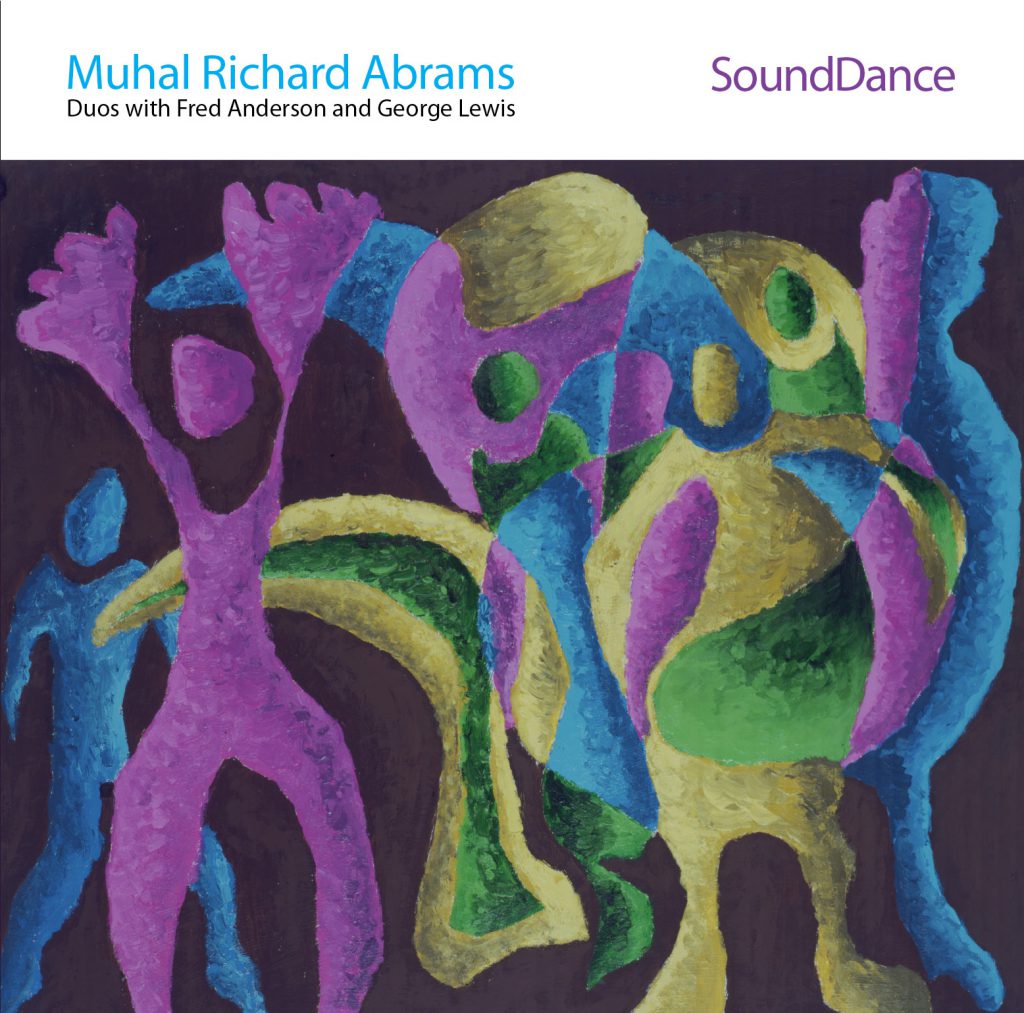 “This redoubtable avant-garde composer and improviser favors a rumbling, unsettled brand of pianism, suggestive of strong turbulence at high altitudes. The album, on two CDs, is a bristling wonder.”– New York Times

“Both men were at the absolute peak of their powers. It’s some of the most melodic free improvisation you will ever hear, and a truly breathtaking and amazing piece of music.” — AllMusic.com

“Every time Abrams sits down at the piano with the tape rolling, its as if he cant help but reinvent the wheel again and again. Forty-three years after his first album, this appears to be where he belongs; on the battlefield, destroying music.”– Pop Matters

“Superb. Recorded in October 2009 just eight months before Anderson died, Focus, ThruTimeTime displays all the wisdom of age and little of its infirmity. This hour-long improvisation is a command performance of the facts, a deep and true musical essay on the way it is. Theres nothing extraneous, no casting about; the music is just there. Abrams is beyond genre, and this recasting of the concept of swing is a key to his elusive power. It feels like jazz, but it doesn’t sound like any jazz that came before it. These are among Anderson’s best recordings, a summary statement of his art, a fitting final monument to a great artist. The duet with Lewis, his trombone, and computer, moves Abrams into the digital age, finding a way to provide human contexts for an improvising electronic device. Its a stretch for Abrams, a new world, and he rises to the occasion with a performance of unfailing imagination and vitality. Theres a composerly development of the spontaneously created materials, whether they are generated by a human controlling a mechanical instrument or a human controlling a digital one. The sheer novelty of the electronic sounds and Abrams’s unerring ability to frame them consistently yields moments of delightful, alienated beauty.”– Point of Departure

“It’s difficult to name a more diverse musical vision than that of Muhal Richard Abrams. As a mentor among Chicago’s Association for the Advancement of Creative Musicians, his approach to composition and improvisation always demonstrates the permeable boundaries of Black music. SoundDance, a two-disc set of concert recordings released to celebrate his 80th birthday, shows once again the depth and breadth of his responses to a broad and constantly changing sonic environment.” — Dusted

“Now in his ninth decade, pianist Muhal Richard Abrams has not surrendered an ounce of his resoluteness. Together [Abrams and Anderson] deliver a generous give-and-take and ebb-and-flow distinguished by exquisite detail within each interaction. On the disc with George Lewis: theres a much greater use of space, silence and drift. These sounds give Abrams plenty of space to work with, which allows him to grow both meditative and brooding. Age obviously hasn’t slowed down Abrams at all.” — Downbeat

The release of SoundDance celebrates the 80th birthday of the hugely influential pianist and composer Muhal Richard Abrams, a double CD set that captures him live in concert in two fully-improvised duo performances. Disc one, Focus, ThruTime Time→, features Chicago tenor saxophone titan Fred Anderson in his first release with Abrams despite a history going back over fifty years. It is sadly also perhaps the final recording of Anderson, who passed away in 2010 at the age of 81. The second, SoundDance, features Abrams with the laptop and trombone of George Lewis, the composer and MacArthur Fellow who is well known for his innovative work in interactive computer music. The performances place Abrams in two very different situations: His duo with Anderson finds him in a more familiar acoustic setting, while the one with Lewis finds him negotiating through a vast array of acoustic and electronic sound textures. Both performances are unfettered by traditional song structure and represent the height of spontaneous artistic invention.

Abrams is one of the most important jazz musicians of the last 50 years. A mainstay on the Chicago music scene starting the mid-1950s, he began leading the Experimental Band in the early 1960s as an outlet for his own expanding musical palate. Many of the musicians who played with Abrams, including Roscoe Mitchell, Joseph Jarman and Henry Threadgill, went on to help him found the Association for the Advancement of Creative Musicians (AACM), an influential force in forward-thinking jazz. Since then, Abrams has released over 25 recordings, led innumerable groups, and been commissioned to compose works for symphony orchestra and string quartet. In 2010, his 80th year, he was named a National Endowment for the Arts Jazz Master and to the DownBeat Hall of Fame.

Fred Anderson was an early member of the AACM and a stalwart on the Chicago scene not only as a musician, but also for over a quarter-century as the proprietor of the Velvet Lounge, the epicenter of that city’s flourishing avant-garde jazz scene. He was also mentor to a number of the second generation AACM members such as George Lewis, Douglas Ewart, Steve and Iqua Colson as well as an entire generation of forward-looking young musicians in Chicago, including Ken Vandermark, Mike Reed, Nicole Mitchell, Matana Roberts, Corey Wilkes, Chad Taylor and countless others.

Anderson made few recordings early in his career but rectified the situation with some twenty new and archival releases in the last fifteen years. Those recordings mostly take on a familiar format: bass and/or drums providing forward momentum, paving a road for extended saxophone improvisation in which Anderson is always in command. He utilizes a relatively small bag of motifs. As George Lewis, who played in Anderson’s band in the 1970s and has composed music based on his solos said: “You know whats coming, but not when and how.”

Focus, ThruTimeTime→ is decidedly different. This performance is a true dialogue; a non-hierarchical interaction between two old friends. Each musician is on his toes at all times, spontaneously reacting to every twist and turn. Abrams plays with his usual probing inventiveness and was clearly not going to let Anderson settle into his comfort zone. In so doing, Abrams elicits from Anderson some the most surprising playing he has committed to record. Anderson passed away on June 24, 2010, the same night he was due to perform at the Vision Festival in New York during an evening feting the career of Muhal Richard Abrams.

SoundDance, the duet with George Lewis, was recorded during an evening celebrating Abrams 80th birthday. Lewis, the composer, trombonist, technologist, historian, professor of composition at Columbia University, and author of A Power Stronger Than Itself: The AACM and American Experimental Music, presents an entirely different set of challenges for Abrams. Lewis uses the infinite array of sounds and textures at his disposal to paint a picture full of tonal and textural variety, provoking Abrams to respond in ever more surprising ways. Listening to this music is like going on a journey you trust that the two will take you somewhere fascinating that you’ve never been before. After a quiet opening filled with space, Abrams and Lewis mount wave after wave of tension and release. The world they evoke is one seemingly filled with angst and a sense of foreboding, hardly a mood one often encounters in jazz.

Taken together, the two performances captured on SoundDance reveal in Abrams a man who, even at the age of eighty, remains dedicated to the pursuit of adventurous experimentation in the art of improvisation.