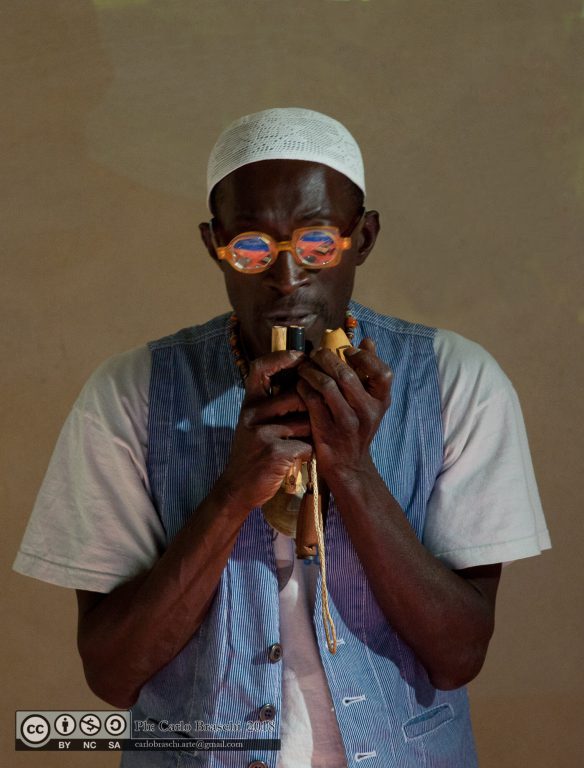 Born in Senegal in 1963, percussionist and multi-instrumentalist Dudu’ Kouate plays in various bands and theatrical productions. The constant search for the sound (sound of elements), has always led him to new experiences in the world music. Recognized enhancer of traditional instruments, especially percussion and idiophones, he has managed to devise their inclusion within the diversity of musical contexts. In Italy he has made, with the director and musician Alberto Nacci, the soundtrack for the short film “The moving town” presented at the Locarno Film Festival. Has recorded with the group Odwalla, with whom he’s been playing for years, two DVDs and two CDs including the latest production: “Medusa, the world of percussion and voice”. He has recorded with Bergamo saxophonist Guido Bombardieri the album “African Thought”. He recently collaborated with Bakan Seck in the Youssou Ndour’s JOLOLI Dakar recording studio. He plays also with Pietro Tonolo who is declared the best italian saxophonist. Recently he’s formed his own trio band with an israelian singer, African percussions and xalam melodies, and at last a jazz sax player.