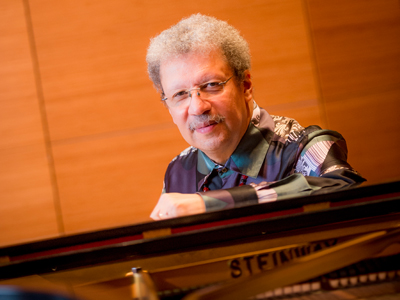 Anthony Davis, a major composer of the late 20th century, stretches beyond jazz into modern classical music although he has recorded quite a few rewarding jazz sessions. He studied classical music as a child and in 1975 graduated from Yale. A member of the New Dalta Ahkri during 1974-1977 (which was led by Leo Smith), Davis moved to New York in 1977, played with Oliver Lake, Anthony Braxton, Chico Freeman, George Lewis, and Leroy Jenkins’s trio (1977-1979) and worked often with James Newton and Abdul Wadud. Davis formed an octet (Episteme) in 1981 that played both improvised and wholly composed music. Anthony Davis composed the opera X (based on the life of Malcolm X) in the early ’80s and he taught at Yale. Davis has recorded for India Navigation, Red, Sackville, and Gramavision.