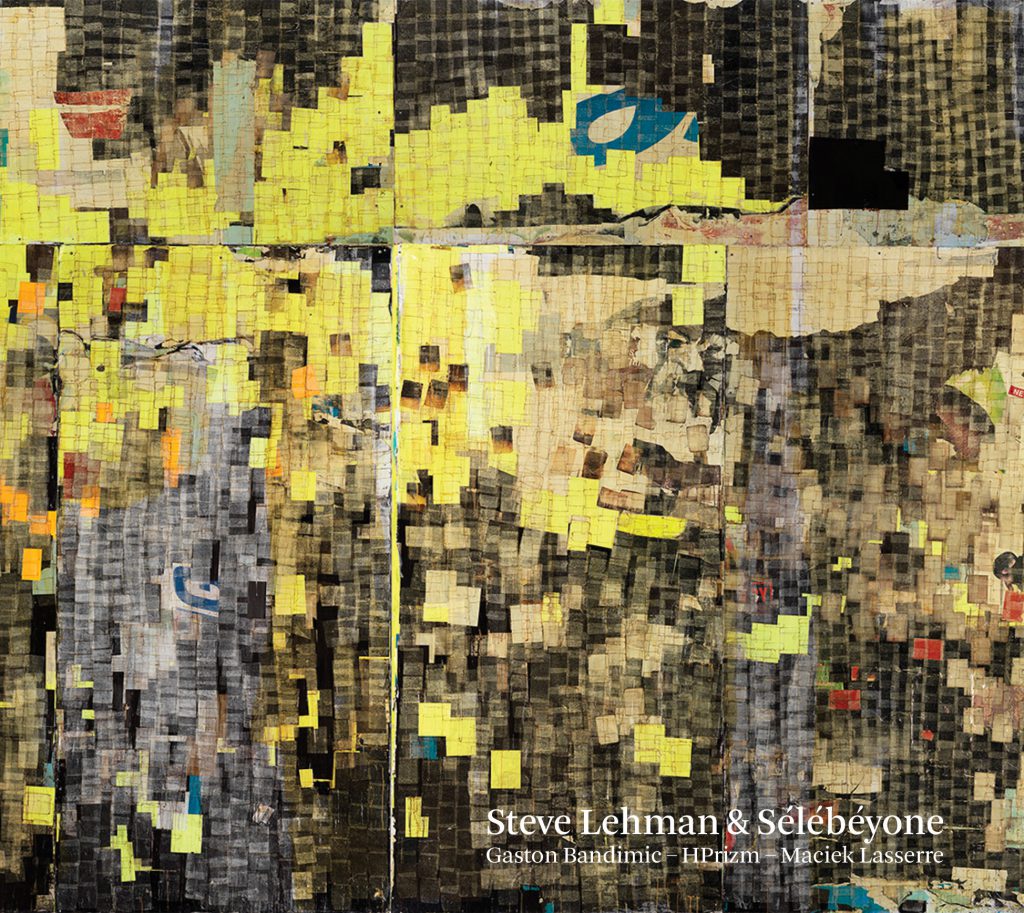 Hailed by The New York Times as “a state-of-the-art musical thinker with a reputation for sure-footed futurism,” and “a quietly dazzling saxophonist,” Steve Lehman has built a career creating innovative new music that packs a visceral wallop. His most recent album Mise en Abme (Pi 2014) was the #1 Jazz Album of the Year in the NPR Jazz Critics Poll and in the Los Angeles Times and his previous recording, Travail, Transformation and Flow (Pi 2009) was the “#1 Jazz album of the Year” in The New York Times. In 2015, Downbeat Magazine ranked him as the “#1 Rising Star Jazz Musician of the Year” and he was awarded a Guggenheim Fellowship. In addition to being one of the most accomplished musicians in jazz, Lehman also received his doctorate in Music Composition from Columbia University in 2012 and his chamber music is regularly performed by the premiere contemporary classical music ensembles around the world.

Lehman’s music has always drawn from disparate sources in distinctive ways, but with Sélébéyone, he takes an unexpected turn: drawing, from modern jazz, Senegalese rap, live electronics, and underground hip-hop, to create a unique form of urban experimentalism. The project stands apart from almost every other jazz/hip-hop collaboration that has preceded it: this is not an album where live musicians imitate repetitive samples in 4/4 time. Instead, the musical elements shifting rhythms, electro-acoustic harmonies, and contemporary sound design are wholly integrated with the lyrical content. Add to that the unique juxtaposition of English and Wolof that permeates the record, and one gets the sense of the development of a whole new musical universe.

And though the music on Sélébéyone may seem like a radical departure from Lehman’s more recent ensemble work, it is actually the product of his long-standing engagement with experimental hip-hop and it’s surrounding community. Lehman’s critically-acclaimed octet has released arrangements of seminal hip-hop tracks, like Wu-Tang Clans “Living In the World Today” and Camp Los “Luchini.” And his professional ties with Meshell Ndegeocello and other pioneering members of the contemporary R&B community date back to 2004: most recently Lehman was a featured soloist on Ndegeocello and Jason Moran’s 2014 Blue Note release All Rise: a Joyful Elegy for Fats Waller.

The musical relationships underpinning Sélébéyone are also decades old. HPrizm (AKA High Priest) a legend of New York’s underground hip-hop scene and a founding member of Antipop Consortium has been one of Lehmans closest collaborators for over a decade, and the two continue to perform regularly in each others ensembles. Saxophonist Maciek Lasserre, who also composed several of the pieces on the album, began studying with Lehman in 2005 and introduced Lehman to the burgeoning Senegalese hip-hop scene in 2010 and began working with Gaston Bandimic, one of Senegals most distinctive young rap stars, a few years later. According to Lehman, who brought everyone together: “We come from such disparate backgrounds New York, Paris, Dakar but we discovered a lot of common ground. HPrizm, Gaston, and Maciek are all Sufi Muslims, so that informed a lot of the overarching themes for the lyrics. Also Maciek, Gaston and I are all fluent French speakers, so we just started building off of those cultural foundations.”

Sélébéyone’s distinctive sound is also a result of the sonic expertise of noted hip-hop engineer Andrew Wright, a childhood friend of Lehmans since the early 1980s. Wright received a GRAMMY-nomination for his work on Kendrick Lamar‘s Good Kid, M.A.A.D. City, and in some ways, Sélébéyone delivers on the promise of Lamar’s more mainstream collaborations with contemporary jazz artists like Ambrose Akinmusire, Robert Glasper, and Kamasi Washington. Lehman and Lasserre handled not only compositional duties but every aspect of the production on their respective pieces, including drum programming, sampling, and overall sound design. As a result, cutting-edge rhythms and harmonies combine effortlessly with pre-recorded samples in previously unheard ways. On tracks like “Laamb” and “Cognition,” rhythms speed up and slow down simultaneously, providing an unconventional framework for HPrizm and Bandimics searing lyricism, which touches on everything from politics in the Middle East, contemporary notions of Islamic mysticism, and even Allen Iverson. “Akap” and “Are You in Peace?” make use of ethereal harmonies and alternate tunings while on “Bamba,” Bandimic calmly navigates an almost unending barrage of changing meters and asymmetrical rhythms. On “Geminou,” the drum and bass parts shadow the rhythmic nuance of Gastons verse while Lehmans spectral chords accent key moments in the text.

Throughout the record, the instrumental accompaniment of Carlos Homs, Drew Gress, and Damion Reid demonstrates an uncanny sensitivity to the musical material. Reid’s innovative drum set adaptations of J-Dilla beats on Robert Glasper’s In My Element (2007), are often cited as the beginning of the “drum set as MPC” wave amongst the current generation of young drummers. And his playing on Sélébéyone is remarkably adept at moving back and forth between electronic and acoustic textures.

In Wolof, the word “Sélébéyone” refers to an intersection; a liminal terrain where two fixed entities meet and transform themselves into something heretofore unknown. New intersections and the investigation of boundaries have always been central to Lehman’s music. As he explains: “Hip-hop is like every other musical genre. There are fierce individualists, people that are more marketplace oriented, and every shade in between. Iv’e always gravitated towards artists like Company Flow, MF Doom, Pharoahe Monch, Freestyle Fellowship, and Antipop, artists who are really trying to innovate on every level. This record is very much trying to follow that mold. I think regardless of musical milieu jazz, classical, rap the way we work with rhythm, harmony, timbre, and compositional form, is as elaborate and personal as anything Ive done.” Sélébéyone builds off of Lehman’s groundbreaking work with spectral harmony and novel rhythmic structures to create an electrifying new model for improvised music while signaling the beginning of a thrilling new chapter in his recorded output.

Full lyrics and Wolof to English translation for all tracks at pirecordings.com/selebeyonelyrics/