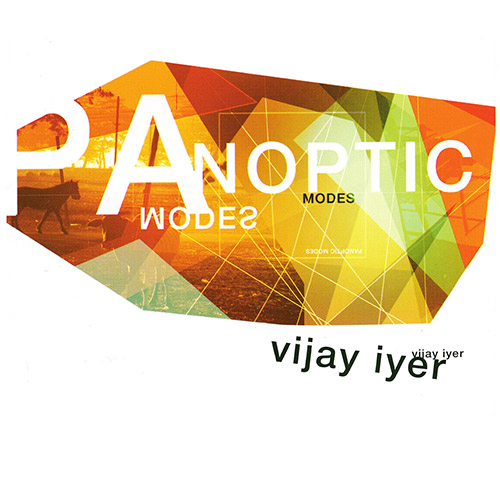 “His harmonic and formal concepts are as challenging as ever, yet his exceedingly difficult writing is rendered oddly accessible by the unperturbed facility of his band.”–Allmusic.com

“FOUR STARS…a music so rhythmically gripping and harmonically provocative that one hardly can wait to hear what outlandish ideas these players will hit upon next… Panoptic Modes offers a sensuousness of sound and vividness of performances that will seduce even the casual listener.”–Los Angeles Times

“What a combination. Vijay Iyer’s music contains the adventurousness and dramatic tension that you’d expect from avant-garde jazz; as well as a light, rhythmic swing, for those of us who live in the mainstream. His third album is accessible to one and all.”–All About Jazz

“His touch is stirring, even emphatic… This band glows with purpose.”–Village Voice

Pi Recordings is proud to re-issue Grammy Award-nominated pianist Vijay Iyer’s Panoptic Modes. Originally released on the Red Giant label in 2001, it was his third CD as a leader and the one that first launch him to prominence with rave reviews from The Village Voice and The New Yorker, both of which named it to their best albums of the year lists. Featuring Rudresh Mahanthappa on alto saxophone, Stephan Crump on bass, and Derrek Phillips on drums, Panoptic Modes is the CD on which Iyer’s artistic focus and vision really coalesced, giving an early hint of the talents of an artist who has since become one of the most important in jazz.