Pi Recordings and El Tivoli Music are proud to announce the release of Igbo Alakorin (The Singer’s Grove) Vol. I & II. Out October 26th, this new work finds David Virelles traveling home to Santiago to document his research and upbringing with a thoroughly authentic Cuban album.

“What a marvel! Tradition and avant-garde come together in this offering of the highest order. In my opinion, David Virelles is a young virtuoso immersed in research. He knows our African roots with depth. He is an innovator, a perfectionist, and the most creative and advanced of our jazz pianists.

Thank you, David, for making us happy and proud, and for updating our traditions. 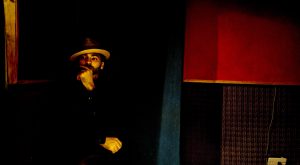 Praise for Steve Coleman and Five Elements: Live at the Village Vanguard Vol. 1 (The Embedded Sets)

Steve Coleman’s Live at the Village Vanguard Vol. 1 (The Embedded Sets), his first live release in 15 years, captures the ensemble’s tight interplay, innovative compositions, and world-class musicality during a week-long residency at the Vanguard in 2017.

“…It was only a matter of time before the arrival of a document like Live at the Village Vanguard, Vol. 1: The Embedded Sets… Listen for the spark in a tune called “Nfr,” which incorporates an M-Base funk groove and a poppish horn line, with transfixing solos by Coleman, Finlayson, and Okazaki.” – Nate Chinen, WBGO

“Live at the VIllage Vanguard, Vol. 1 represents a paradigm shift as Coleman Focuses on spontaneous composition and free improvisation. Unusual and complex time signatures are still present throughout this two-disc set, though the overall context is shaped in the moment.” Karl Ackermann, All About Jazz

“Artists don’t release Live at the Village Vanguard recordings unless they’ve truly got something to say… Documenting two nights of a weeklong residency in 2017, this phenomenal two-disc release more than lives up to the lofty Vanguard pedigree. It is also one of Coleman’s finest recordings—and perhaps the fullest realization of his work so far with Five Elements, his long- standing quintet with multiple iterations dating back to the mid-1980s.” – Troy Dostert, All About Jazz

“Coleman fans do not need a review; they know to expect an amazing blend of rhythms, spontaneous melodies, intelligent interactions, and one tremendous rhythm section… The music is, at turns, exhilarating, demanding, forceful, hurtling forward on the power of group interactions – whether the band is playing older material or working through brand-new compositions, the spirit of spontaneous improvisation can be felt from note one. “- Richard Kamins, Step Tempest

“The American saxophonist has been refining his sharp-angled music for 30 years, and there is nothing that breaks that mould here. This recording does, however, mark a shift from the dense orchestrations of his recent albums. The calibrated rhythms and unresolved harmonies remain intact, but are now more likely to be created on the fly. At their most intense they border on the ecstatic, making this release his most accessible for a while.” Mike Hobart, Financial Times

Live at the Village Vanguard Vol. 1 (The Embedded Sets)  is available here on CD and for Digital Download.

Henry Threadgill’s Dirt… And More Dirt was included in NPR’s list of 40 Favorite Albums of 2018 thus far. Nate Chinen says, “The album, containing two new suites for the hilariously named ensemble 14 or 15 Kestra: Agg, pulsates with Threadgillian energies.” Henry and Zooid will be in Brazil this August. –   NPR

Dan Weiss’s Starebaby project continues to collect praise as a highly original, heavy-metal-derived album. There’s important emphasis for Weiss, according to Jon Solomon at WestWord, on the word “derived,” as “Starebaby isn’t a metal record – far from it – but there are definitely sections where you hear the influence.” It’s varied components certainly come through to listeners, “it’s an unheard blend of heavy metal, electronic inspirations, Twin Peaks eerie moods, and a dash of jazz. The outcome is an unparalleled dark symphony filled with both mercurial meters and ethereal passages” – Jazz Trail

Weiss’s versatility is regularly noticed, and each of the group’s acclaimed musicians brings an impressive resume to the recording, all sharing a love of heavy-metal music.

“In addition to Weiss’s expansive, mind-opening compositions, which more from hard-hitting and visceral to heady and atmospheric, part of the appeal for jazz festivals, clubs, and fans is that Weiss has enlisted some of the biggest names in creative music-making for his group” – Ottawa Citizen

Song of Silver Geese, Jen Shyu’s masterfully crafted 2017 album, stands as an eclectic combination of many styles and traditions — most recently noted in a Band Camp article for its utilization of various microtonal instrumental techniques.

“Song of Silver Geese is a complex work, expansive and almost dirge-like in places yet aggressive and confrontational in others. It is a showcase for Shyu’s vast timbral palette” – BandCamp

May Press for Pi Artists

To kick off May, Pi artists Henry Threadgill and Dan Weiss have both received great press for their new/upcoming releases.

“These two new releases are excellent, another step along a path that gets more refined the further Threadgill follows it” – The Big City on Threadgill’s Dirt… and More Dirt and Double Up, Plays Double Up Plus

“It pounds, it punched, it sounds dangerous, and it’s a hell of a lot of fun” – Free Jazz Blog on Weiss’ Starebaby

“A hyphen-hungry avant-jazz-prog-metal collection of eight tunes that brood, groove and smash their way to the center of the listener’s being” – Spectrum Culture

“It spills into multiple musical genres at once without asking for permission, landing a punch to anyone who thinks jazz and metal shouldn’t mix.” – PopMatters

Digital Downloads, CDs, and Vinyl copies of Starebaby are available on Bandcamp. We hope you enjoy

After an outstanding performance at Nublu, Dan Weiss’ unprecedented metal/jazz crossover, Starebaby, is continuing to receive rave reviews.
“The record’s eight pieces, all by Mr. Weiss, touch on thorny prog, gritty noise, hushed melody and a kind of sci-fi minimalism powered by Matt Mitchell and Craig Taborn’s twin Prophet-6 analog synthesizers.” – New York Times
“I have a feeling that upon repeated listens ‘Starebaby‘ may prove to be an album that stays with me for a long time.” – Overdrive Magazine
“Starebaby proves Weiss as a boundless drummer and unlimited composer.” – JazzTrail
Dan is at The Stone this week (April 3rd – 7th) presenting music with a different group each night. We hope to see you there! CD and Vinyl copies of Starebaby are available on Bandcamp.

Pi Recordings artist, George Lewis, is one of twelve artists of 2018 elected into the American Academy of Arts and Letters. This honor society recognizes the country’s leading architects, artists, composers, and writers. Congratulations to George! Read the announcement HERE.

Jonathan Finlayson’s residency at The Stone at The New Schools begins this Tuesday (February 27th) and continues through Saturday (March 3rd). His music, described as being “packed with melody, depth, and ideas worth stealing,” is not to be missed. Finlayson will be in the studio this spring to work on his upcoming project – stay tuned! 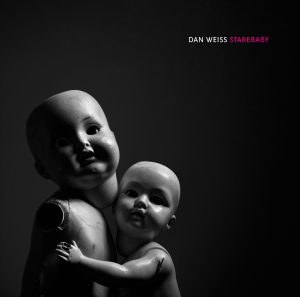 Dan Weiss’ Starebaby release date is April 6th. We’re incredibly excited to finally share this music! Please join us for the release show at Nublu (151 Ave. C) on April 1st at 9PM. Watch a teaser clip for it below.

Tyshawn Sorey’s collaboration with Lawrence Brownlee and Terrance Hayes, Cycles of My Being, debuts February 20th at the Kimmel Center for the Performing Arts in Philadelphia, PA. It then travels to Chicago and New York,where it will be performed at Carnegie Hall in April. Congratulations to Tyshawn for a great start to 2018. Watch this performance of Tyshawn’s Josephine Baker: A Portrait from the 2016 Ojai Festival.

Happy birthday to Henry Threadgill who turned 74 on February 15th. The maestro will have two releases this year, Dirt… And More Dirt by 14 or 15 Kestra:Agg and a new Double Up Plus Ensemble release.

Pi Recordings artist, Jen Shyu, has been included in The New York Times January in Live Jazz: 5 Standout Shows. Her recent performance at The Jazz Gallery, combining storytelling, audience participation, and singing, is said to have “turned the stage into a space of imaginative ritual.”

Shyu’s recent release, Song of Silver Geese, was also mentioned by The New York Times as one of the best albums of 2017, in addition to earning rave reviews from Downbeat Magazine. Jen Shyu will be performing across the US as a part of her SOWN / SEWN 50-State Tour, which begins February 2nd at Music Mansion in Providence, Rhode Island. We hope to see you there!

Watch this video EP For Song of Silver Geese  by Lee Seong Uk:

Two of Pi Recordings’ 2017 releases have been included in The New York Times Best Albums of 2017, Tyshawn Sorey’s Verisimilitude and Jen Shyu’s Song of Silver Geese. Song of Silver Geese was also received a rave 4.5 star review in the most recent issue of DownBeat.