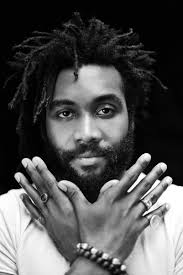 Born in Kingston, Jamaica, Russell Hall began his journey as an actor from the tender age of 3. Performing in Jamaican adaptations of popular musicals to serious prose, he was destined to take the stage. Everything changed when he migrated to the United States in 2007. Under the tutelage of The Commodores, he discovered the bridge between the world of drama and the world of music. He progressed quickly from the electric bass to the double bass through the rigorous programs of The Dillard Center for the Arts and The Juilliard School. Now, he is revered as one of the most in demand artist in New York City, performing with some of the biggest names in music, dance and film. His work is featured on the Grammy nominated album “My Favorite Things” by Joey Alexander, “Motherless Brooklyn”, a film by Edward Norton which was nominated for a Golden Globe for Best Score, and HBO’s “Masterclass Series” which feature Wynton Marsalis as a master teacher which was nominated for an Emmy. Russell’s own work has been acknowledged with prestige in some of the most renowned venues and festivals around the world such as The Appel Room, The St. Lucia Jazz Festival, The Apollo, The Marciac Jazz Festival and many more. His most recent album, “The Feeling Of Romance”, is available on all platforms.