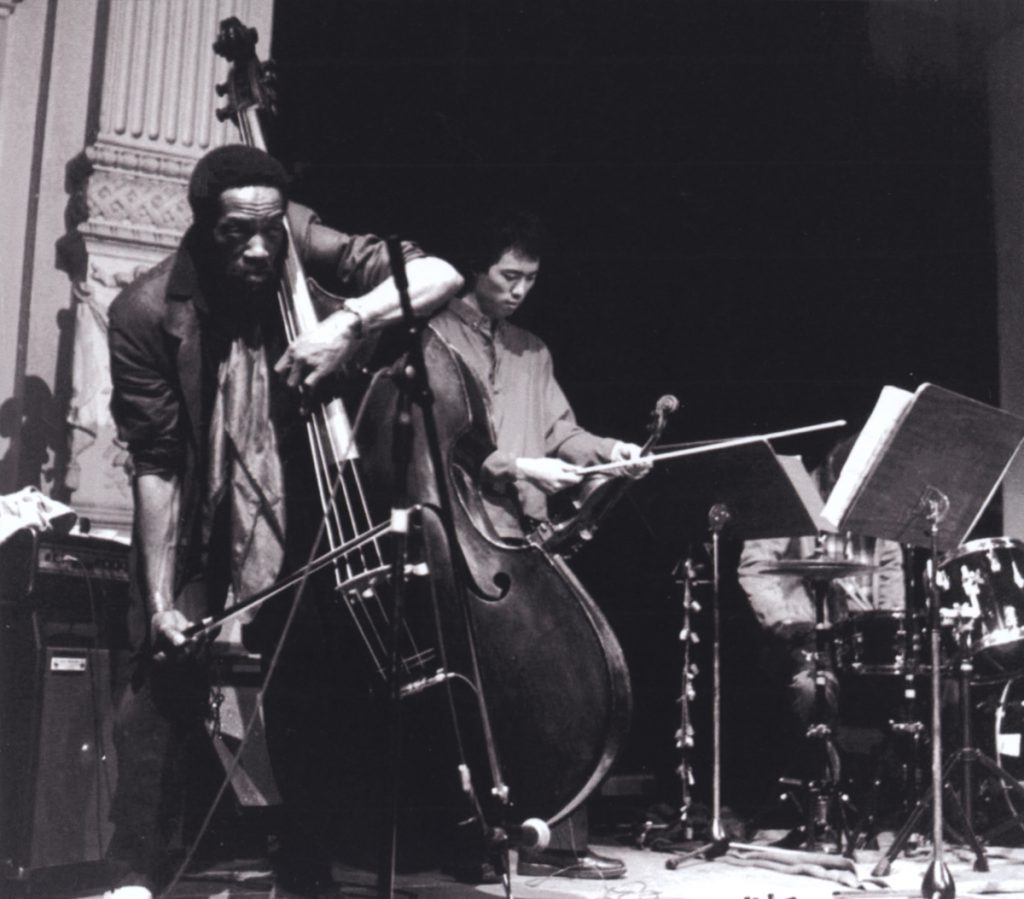 An excellent technician and underrated composer, Sirone was part of the great Revolutionary Ensemble trio in the ’70s, and has also worked with many other free bandleaders and groups. His prominent tone and decisive playing expertly meshed with Leroy Jenkins and Jerome Cooper on Ensemble recordings and in concert. Sirone worked in Atlanta with a band called the Group in the late ’50s and early ’60s. George Adams was among the players in this ensemble. Sirone moved to New York in the mid-’60s, and helped form the Untraditional Jazz Improvisational Team with Dave Burrell. He did sessions with Marion Brown, Gato Barbieri, Pharoah Sanders, Noah Howard, and Sonny Sharrock in the late ’60s, and also played with Sunny Murray, Albert Ayler, Archie Shepp, Sun Ra, and many others. Sirone spent six years with the Revolutionary Ensemble, originally forming it with Jenkins and Frank Clayton (later replaced by Cooper). He recorded with Clifford Thornton, Roswell Rudd, Dewey Redman, Cecil Taylor, and Walt Dickerson in the ’70s and early ’80s. The trio date with Sirone, Dickerson, and Andrew Cyrille is available on CD, as are some earlier dates featuring him with Taylor, Redman, and others.