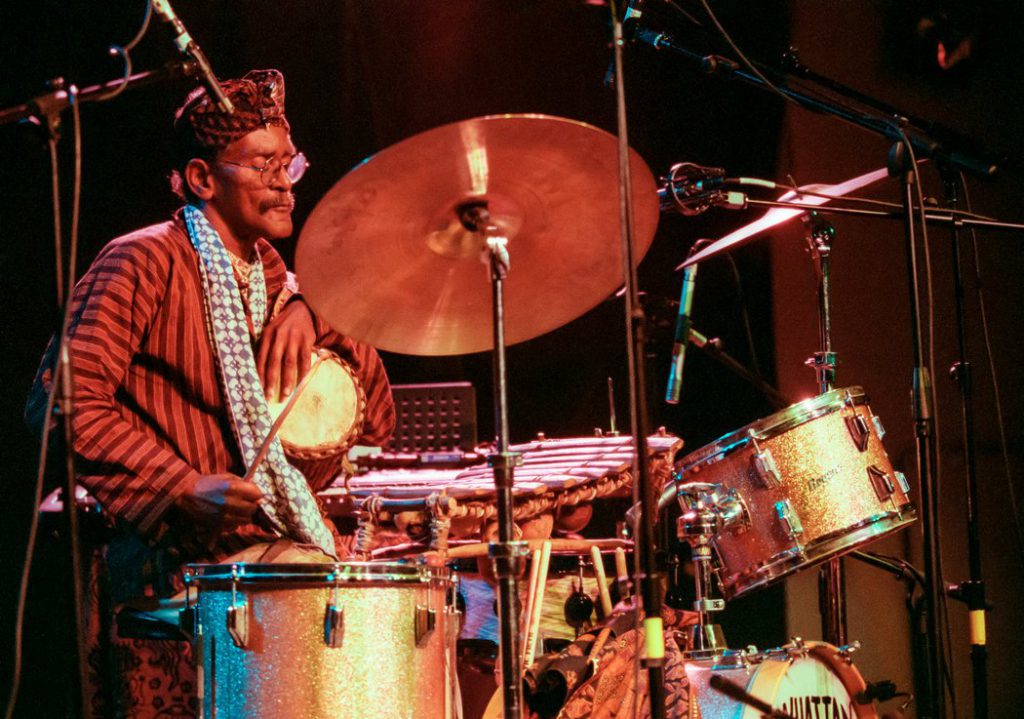 A sparkling drummer and percussionist, Jerome Cooper (1946-2015) played with many fine groups, notably the superb Revolutionary Ensemble. An excellent accompanist, Cooper’s solos are noted for their form and pace; he starts slowly, then steadily develops short phrases into powerful, intricate lines and explosive rhythms. He studied drumming with Oliver Coleman and Walter Dyett in the late ’50s and early ’60s. Cooper attended the American Conservatory and Loop College during the late ’60s. He played with Oscar Brown, Jr. and Kalaparusha Maurice McIntyre in 1968, then moved to Europe. Cooper worked there with Steve Lacy, toured Africa with Lou Bennett, and played with The Art Ensemble of Chicago, Alan Silva, Frank Wright and Noah Howard in the early ’70s. He joined The Revolutionary Ensemble with Leroy Jenkins and Sirone upon his return to America in 1971. The trio struggled until 1977, making far-reaching, critically acclaimed, but low-selling, albums and touring extensively. It was truly a co-operative venture, with each member writing compositions and playing multiple instruments. Cooper played piano, bugle and flute besides drums and percussion. He also worked with Sam Rivers, George Adams, Karl Berger, Andrew Hill, Anthony Braxton and McIntyre during this period. During the ’80s, Cooper played with Cecil Taylor and once more with McIntyre. He recorded as a leader in the ’70s for About Time, doing a solo album. It has not been reissued on CD, nor have any of The Revolutionary Ensemble dates. Cooper can be heard on reissues by Braxton and Taylor among others.