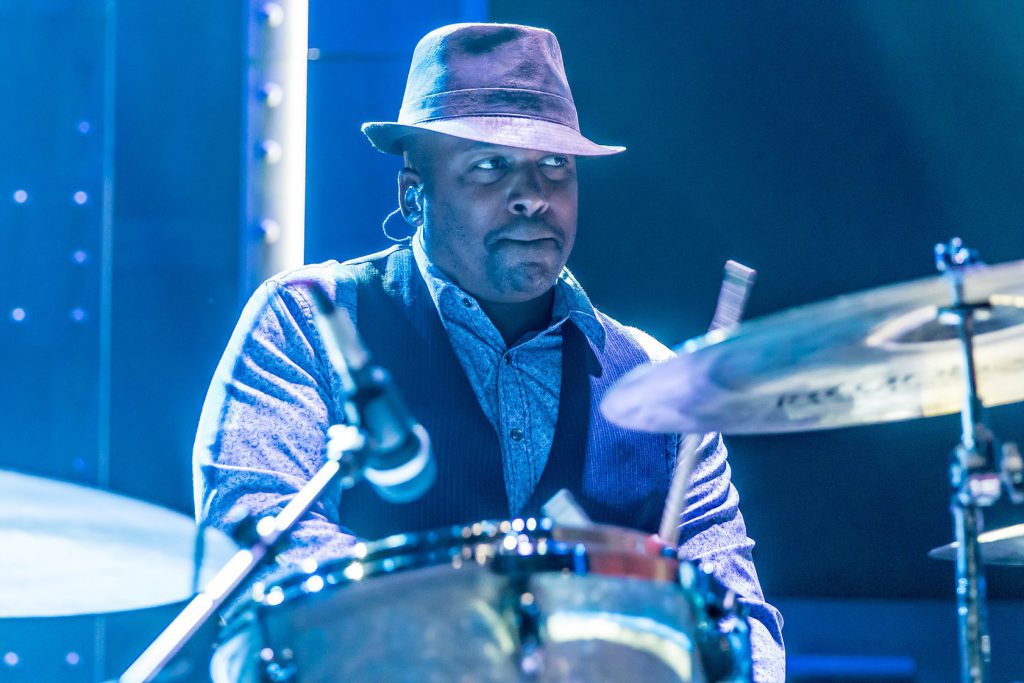 By the age of three, Derrek C. Phillips had already amassed a deep passion for music. Since then, he has carved out an exciting musical career as a performer, songwriter, producer and educator.

By the time he was six, his parents deemed it necessary to introduce their youngest son to formal music training.  As his hunger grew,  he spent his formative years involved with several youth orchestras, community theatres and drum corps the Concord Blue Devils drum and bugle corps. As a teenager, he pursued paid gigs with fellow musicians in many genres from jazz to Top 40 and Afro-Cuban to heavy metal.

When it was time to head to college, Derrek planned to set out for the East Coast. This San Francisco native went on to receive his bachelor’s degree in music at William Paterson University in Wayne, New Jersey, in 1998. During his time there, he studied under Horacee Arnold, Yoron Israel, John Riley and the late, great Tony Williams. Once he graduated, he found himself thriving in the New York music scene. During this time, Derrek found himself backing such artists like Charlie Hunter, Greg Osby, Dave Douglas, Vijay Iyer and Ronny Jordan.

In 2015, he become a Grammy Award winner for his contributions on Mike Farris’ Shine For All The People for Best Roots Gospel album of the year.