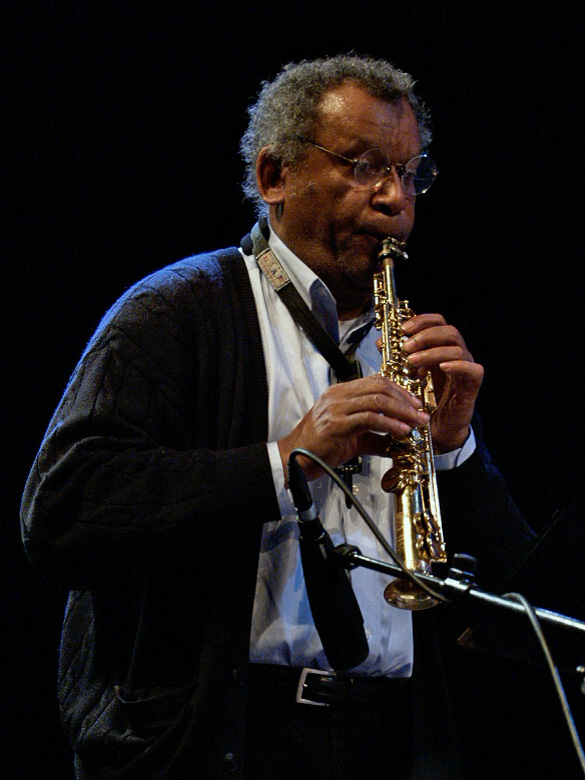 Genius is a rare commodity in any art form, but at the end of the 20th century it seemed all but non-existent in jazz, a music that had ceased looking ahead and begun swallowing its tail. If it seemed like the music had run out of ideas, it might be because Anthony Braxton covered just about every conceivable area of creativity during the course of his extraordinary career. The multi-reedist/composer might very well be jazz’s last bona fide genius. Braxton began with jazz’s essential rhythmic and textural elements, combining them with all manner of experimental compositional techniques, from graphic and non-specific notation to serialism and multimedia. Even at the peak of his renown in the mid- to late ’70s, Braxton was a controversial figure amongst musicians and critics. His self-invented (yet heavily theoretical) approach to playing and composing jazz seemed to have as much in common with late 20th century classical music as it did jazz, and therefore alienated those who considered jazz at a full remove from European idioms. Although Braxton exhibited a genuine — if highly idiosyncratic — ability to play older forms (influenced especially by saxophonists Warne Marsh, John Coltrane, Paul Desmond, and Eric Dolphy), he was never really accepted by the jazz establishment, due to his manifest infatuation with the practices of such non-jazz artists as John Cage and Karlheinz Stockhausen. Many of the mainstream’s most popular musicians (Wynton Marsalis among them) insisted that Braxton’s music was not jazz at all. Whatever one calls it, however, there is no questioning the originality of his vision; Anthony Braxton created music of enormous sophistication and passion that was unlike anything else that had come before it. Braxton was able to fuse jazz’s visceral components with contemporary classical music’s formal and harmonic methods in an utterly unselfconscious — and therefore convincing — way. The best of his work is on a level with any art music of the late 20th century, jazz or classical.

Braxton began playing music as a teenager in Chicago, developing an early interest in both jazz and classical musics. He attended the Chicago School of Music from 1959-1963, then Roosevelt University, where he studied philosophy and composition. During this time, he became acquainted with many of his future collaborators, including saxophonists Joseph Jarman and Roscoe Mitchell. Braxton entered the service and played saxophone in an Army band; for a time he was stationed in Korea. Upon his discharge in 1966, he returned to Chicago where he joined the nascent Association for the Advancement of Creative Musicians (AACM). The next year, he formed an influential free jazz trio, the Creative Construction Company, with violinist Leroy Jenkins and trumpeter Leo Smith. In 1968, he recorded For Alto, the first-ever recording for solo saxophone. Braxton lived in Paris for a short while beginning in 1969, where he played with a rhythm section comprised of bassist Dave Holland, pianist Chick Corea, and drummer Barry Altschul. Called Circle, the group stayed together for about a year before disbanding (Holland and Altschul would continue to play in Braxton-led groups for the next several years). Braxton moved to New York in 1970. The ’70s saw his star rise (in a manner of speaking); he recorded a number of ambitious albums for the major label Arista and performing in various contexts. Braxton maintained a quartet with Altschul, Holland, and a brass player (either trumpeter Kenny Wheeler or trombonist George Lewis) for most of the ’70s. During the decade, he also performed with the Italian free improvisation group Musica Elettronica Viva, and guitarist Derek Bailey, as well as his colleagues in AACM. The ’80s saw Braxton lose his major-label deal, yet he continued to record and issue albums on independent labels at a dizzying pace. He recorded a memorable series of duets with bop pioneer Max Roach, and made records of standards with pianists Tete Montoliu and Hank Jones. Braxton’s steadiest vehicle in the ’80s and ’90s — and what is often considered his best group — was his quartet with pianist Marilyn Crispell, bassist Mark Dresser, and drummer Gerry Hemingway. In 1985, he began teaching at Mills College in California; he subsequently joined the music faculty at Wesleyan College in Connecticut, where he taught through the ’90s. During that decade, he received a large grant from the MacArthur Foundation that allowed him to finance some large-scale projects he’d long envisioned, including an opera. At the beginning of the 21st century, Braxton was still a vital presence on the creative music scene. -Chris Kelsey, All Music Guide 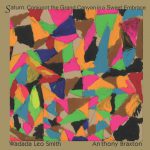 Saturn, Conjunct the Grand Canyon in a Sweet Embrace 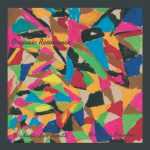