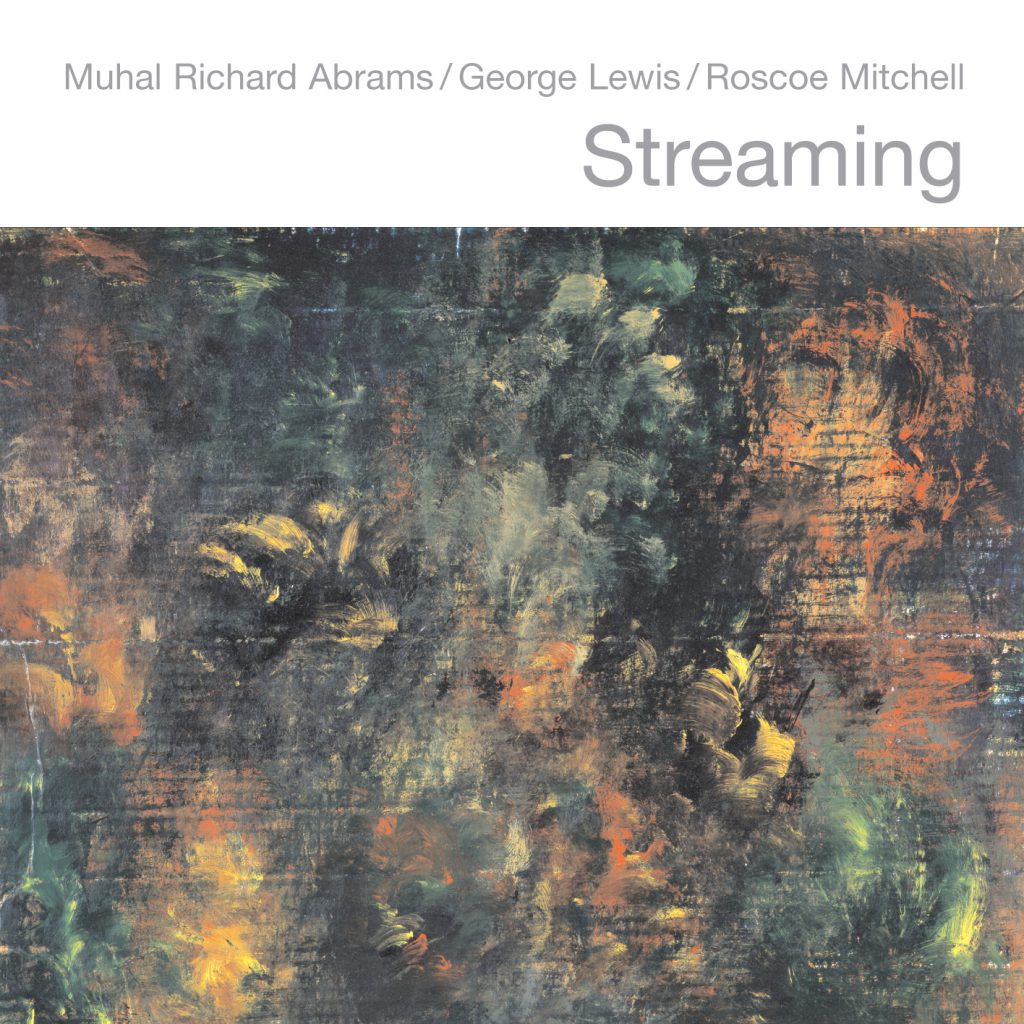 “Instead of treating the cut as an opportunity to vie for the spotlight, the three Chicago legends make themselves more or less indistinct, as if they were all part of the same droning, crackling instrument.”
— Brent Burton, JazzTimes (http://jazztimes.com/reviews/cd_reviews/detail.cfm?article_id=17675)

“Even if you werent aware that the participants jump-started Chicagos legendary collective the Association for the Advancement of Creative Musicians (AACM), their interplay unfolds with such cohesion and suspense that you know youre in the presence of masters.”
— K. Leander Williams, TimeOut NY (http://www.timeout.com/newyork/articles/music/3931/muhal-richard-abrams-george-lewis-and-roscoe-mitchell)

“More of a way forward than a synthesis, this is one powerful session.”
— Jason Bivins, Dusted Magazine (http://www.dustedmagazine.com/reviews/3452)

Any new recording by Muhal Richard Abrams, George Lewis and Roscoe Mitchell would be a notable occasion, but a recording by all three together is a genuine historical moment. All three are members of the Association for the Advancement of Creative Musicians (AACM). Muhal Richard Abrams (piano and percussion), a founder of the AACM, is a hugely influential musician who has been responsible for vastly expanding the boundaries of jazz. Roscoe Mitchell (saxophones and percussion) is well known as the founder of one of jazz’s most recognized groups: The Art Ensemble of Chicago. George Lewis (trombone and laptop) is a MacArthur genius grant recipient who is influential in his use of computer electronics. The three have worked together in the past, recording on each others albums such as Lewis’ “Shadowgraph” (Black Saint, 1977), Mitchell’s “Nonaah” (Nessa, 1978) and Abrams’ “Spihumonesty” (Black Saint, 1980). The trio most recently played together at the 2003 Venice Biennale and that concert provided at least part of the impetus for the three to collaborate again as a trio.

So how to describe this music? As George Lewis wrote in his liner notes for the CD, “What we hear are particular moments in time, in which improvisative musical experience proceeds directly from manifestations of trust and openness, and from visions of new models of community.” “Trust” and “open” are two words that Lewis often goes back to when describing the creative process behind this music. Unlike the composed pieces found on the trio’s previous recorded works, the five pieces found on this CD were openly improvised — each piece is a spontaneous creation. There were no prior agreements as to tempo, timbre, volume or length — any such rules would only restrict the open flow of ideas. The AACM draws a clear distinction between improvisation that is “open”as opposed to “free.” Perhaps its just a matter of semantics, but “free” improvisation as a genre is often thought to be an act of solipsistic self-absorption, where connection to your fellow musicians takes second place to the indulgence of the ego. “Open,” on the other hand, as George explained to us, implies boundless possibilities. Because there is a tacit agreement to converse in a non-hierarchical manner, each musician is entrusted to not impose his will in a manner that is destructive to open dialogue. With this trust, the dialogue is truly open open for each musician to move around in space, use silence, softness and sustains without fear of someone else crowding in to fill your space. As George said, “Open is not a practice, but a possibility. All you are required to do is to bring your own experience, concentrate on what’s at hand and be prepared to evaluate, come up with solutions, view ideas from multiple perspectives and state ideas from multiple points of view.”

How then can a listener experience this music? It certainly would be difficult to listen to this music in a casual way. Because there are no familiar guideposts, the listener must concentrate to understand the dialogue. Who is leading with the exposition of an idea? How do the others respond? Listen for the mobility from one idea to another and the tension that is created when one musician is ready to move on and the others want to stay on point. Listen for texture, the use of space. Listen for how the musicians relate to one another, sometimes with deference, other times like friends engaged in a vigorous discussion. Just listen to the first couple of minutes of the first track “Scrape.” George is the first to make a statement, soon joined by both Roscoe and Muhal, each trying to get a word in edgewise. After a brief pause, Roscoe lets loose a cry, after which all three scramble to make their point. Roscoe then takes the lead in his statement, only to let go when Muhal reenters with a stentorian rumble. When one listens in this way, what is revealed is music with unpredictable dramatic twists and turns, like an operatic dialogue without cliches.

Streaming joins Pi Recording’s releases from The Art Ensemble of Chicago, Henry Threadgill, Wadada Leo Smith, Anthony Braxton and The Revolutionary Ensemble in our continuing commitment to document the music of the AACM. We are proud to have Muhal Richard Abrams, George Lewis and Roscoe Mitchell join that esteemed group.